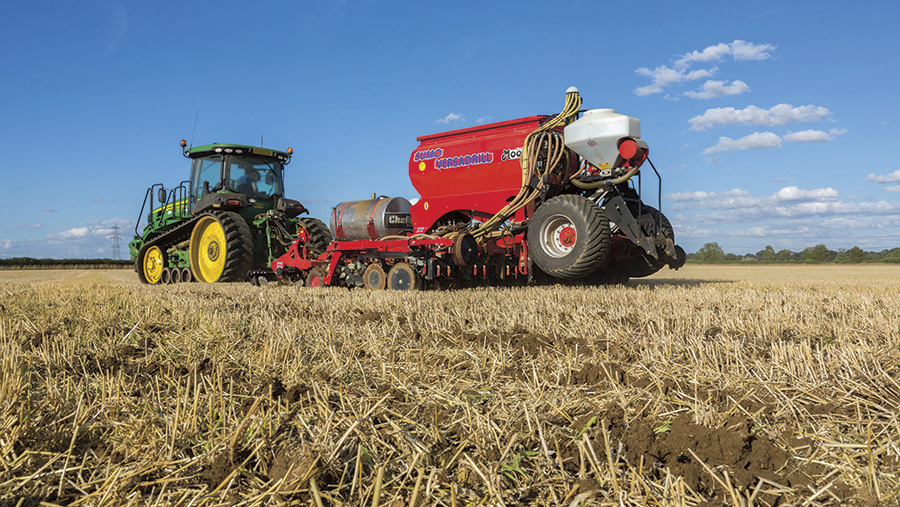 Can you produce crops of oilseed rape yielding 5t/ha or more while keeping production costs down to just over £130/t? That’s what two growers achieved in 2015.

This season, the two Yorkshire growers continued to grow profitable crops with only slightly lower yield results, in line with the national trend.

Their secret? A commitment to the crop, close attention to detail, a willingness to try something different and a focus on establishment and early crop development.

Both farms came top in a competition organised by Monsanto to recognise Dekalb growers who are the most successful in minimising per tonne production costs – showing winter oilseed rape can retain its place, even at disappointing market prices.

And while there are similarities in the way their crops were grown, both farmers also have their own tricks when it comes to getting oilseed rape to perform.

Consistency of performance is the over-riding priority for Richard Wainwright when it comes to oilseed rape.

As a result, he doesn’t tend to change varieties as often as many other growers, preferring to stick to varieties able to cope with challenging conditions across different seasons – and then concentrating on making them do even better.

That’s why Excalibur was a mainstay for many years, although it has now been replaced with Extrovert.

Elsewhere, a club root resistant variety is grown where stubble turnips were produced previously, with small areas of other varieties – hybrids and conventionals – grown for comparison purposes.

Otherwise, he isn’t afraid to try something different to push crop performance or reduce the use of inputs, working closely with his agronomist to fine-tune the crop’s management.

Very low seed rates and a little-and-often approach to crop inputs are both features of their joint approach – as are tillage and sowing techniques which promote rapid and substantial tap-root development.

Mr Wainwright, who has a mixed arable and livestock business at Oswaldkirk, farms in partnership with his brother-in-law and father.

With 415ha of arable cropping, the business grows between 60 and 80ha of winter oilseed rape every year, with the rape crop being grown every four to six years and always after winter barley.

“Oilseed rape is only ever drilled after winter barley, so that we can be sure of a mid-August sowing date to get the crop away and out of danger,” he explains.

“All the straw is removed for our beef-fattening enterprise.”

Farmyard manure is spread and incorporated with shallow discs, so the fertility keeps the new crop growing if it turns dry, with any weed seed chit being sprayed off before drilling.

The seed is then sown in 35-40cm rows, in line with Sumo Trio legs.

“Drilling after the discs and before the packer ensures good depth control and the essential seed to soil contact,” he says.

Seed rates have been reduced to the equivalent of 20/sq m to achieve the best plant populations in the rows.

“Obviously at these very low levels we are reliant on a variety with vigorous early establishment, as well as good slug control practices.

“We don’t want to be losing any plants.”

Inputs are applied as and when they are needed, rather than waiting for a tank mix, he reports.

“We did eight sprays in total last year.

“We find it’s better than making one very large hit, especially as trace elements are an important part of the programme.”

Fertilising is done strictly to crop requirements, with about 190kg/ha of nitrogen used annually.

He uses two variable spring splits of N+S in granular form, to take advantage of its lower cost, before switching to liquids for the late April application to support pod fill.

In addition, maximum use is gained from the robust disease-resistance ratings in Extrovert, as well as its rapid spring development in recovering from any pigeon damage.

“We find that it grows away from problems and gives us some valuable leeway in spray timings.

As a result, crops are desiccated as late as possible, towards the end of July, with a pod sealant applied up to four weeks before that.

“We’ve averaged over 5t/ha for the past five years, so I’m disappointed if I don’t achieve that.” 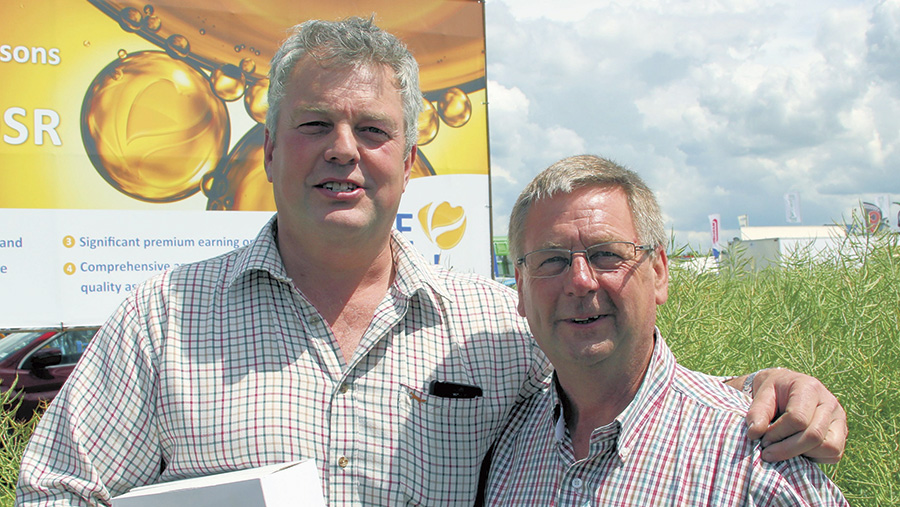 The discipline of growing milling wheat, malting barley and peas for human consumption means attention to detail is second nature for Michael Denis, so he extends it across all the crops being grown at Elms Farm.

As a result, his oilseed rape benefits from accurate input timing and close monitoring, with special focus being given to the establishment and early crop development stage.

“Oilseed rape must be grown well,” he stresses.

“We’ve never looked on it as a low cost break crop, even though we can achieve a low cost of production.”

Mr Denis, who farms in partnership with his wife and son, has a mixed livestock and arable unit at Pickburn, near Doncaster, with 195ha of cropping based on a milling wheat rotation.

Some 30ha of winter oilseed rape are grown annually, on a one-in-four or five basis, with the crop being sown behind winter barley in late August.

Before drilling, all the straw is removed for use in the pig enterprise, with pig muck being returned to the land ahead of the crop going in.

A light discing takes place behind the combine, to get a grass weed flush and allow the use of glyphosate before drilling.

He then uses Sumo subsoiling and cultivations to incorporate stubble and pig muck, before variable rate sowing at 40-50 seeds/sq m with an Amazone disc drill.

“We’ve moved back from sowing behind the Sumo, so that we can control seed depth better. The Amazone drill gives us more accuracy with seed placement.”

Mr Denis is a recent convert to hybrid varieties, having been previously committed to all conventionals.

“We tried some hybrid seed three years ago, and have been convinced of its value in certain situations ever since.

“Hybrids do seem to compensate for difficult conditions and have helped to overcome the various pest challenges we’ve encountered.”

He now grows Extrovert alongside conventionals and has achieved yields of more than 5t/ha with good oil contents.

“There has been a noticeable improvement in the speed of spring growth, which has helped in the battle against grass weeds.

“And it has a place with flea beetle attack too.”

Two foliar disease sprays are needed in most seasons, although phoma and light leaf spot haven’t caused serious problems for the past two years.

Any fungicides used are selected for their growth regulation properties, due to the pig muck use, while two sclerotinia sprays are applied for security reasons given the heightened risk from having peas in the rotation.

Nitrogen use is typically 200kg/ha, with plenty of balancing sulphur.

“Trace elements are also important and we add manganese, boron and magnesium according to tissue test results.”

Combining takes place following desiccation and the use of a pod sealant.

“For our best results, we’ve found it important not to rush in with either desiccation or combining, especially with the hybrid varieties.”

Looking ahead, Mr Denis is considering increasing his area of oilseed rape in future, to improve workload pressures.

“Even with low crop prices, oilseed rape remains profitable for us.”