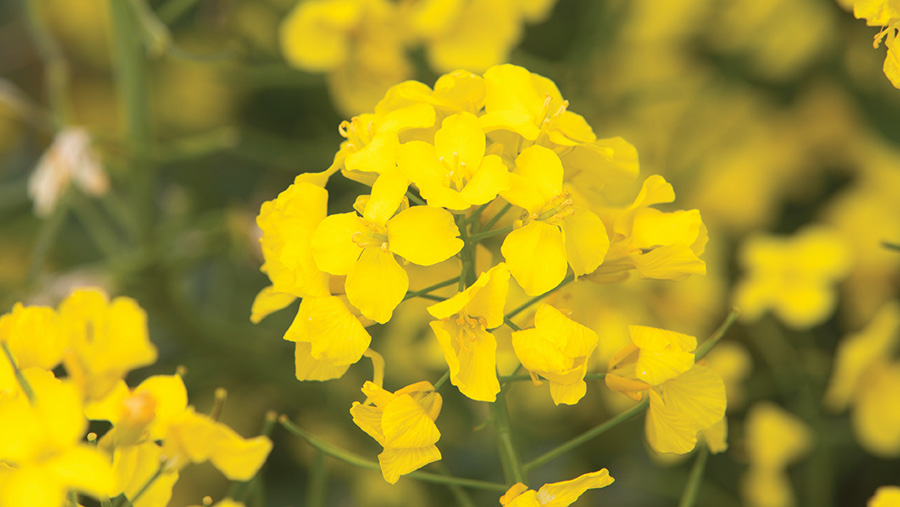 Weedy oilseed rape crops could be causing harvested loads to be rejected by the rapeseed crushers, so growers are being urged to keep these contaminated crops separate.

Some rapeseed has been sent back by the crushers because of high levels of erucic acid – more than 20% – leaving growers and merchants puzzling over the reason for the high readings.

David Leaper, seed technical manager at agronomy group Agrii, says some observers have blamed contamination from high-erucic-acid rapeseed grown for industrial uses, but he says it is more likely to come from weed infestations.

“I think we have underestimated the level of weeds in some crops and I suspect the higher levels may have come from charlock,” he tells Farmers Weekly.

Last season, the two big rapeseed crushers, Cargill and ADM, saw 3.6% of loads affected by high erucic acid levels. Half of these were rejected and the other half suffered price deductions.

The crushers have relaxed their maximum limits on erucic acid levels to 7% from 5% previously, but levels between 3-7% will suffer fixed-price deductions of £9.50/t.

A relatively small area of high-erucic-acid rapeseed (Hear) varieties is grown for industrial markets rather than for human consumption, and these contain about 57% erucic acid.

Although there could be some contamination from Hear varieties, Mr Leaper believes crops with bad charlock could be the problem.

Mr Leaper suggests growers with potentially weedy crops should separate them from the rest of their harvested rapeseed to prevent contaminating a whole farm’s crop.

One method of controlling charlock is to grow herbicide-tolerant Clearfield oilseed rapevarieties. These hybrid rapeseed varieties have been conventionally bred to be tolerant of the herbicide imazamox and this post-emergence herbicide is particularly active against charlock and other brassica weeds.

Good charlock control and the opportunity to save on pre-emergence herbicides has increased the popularly of Clearfield varieties, and they currently take a 6% share of certified seed market, up from less than 1% last season.