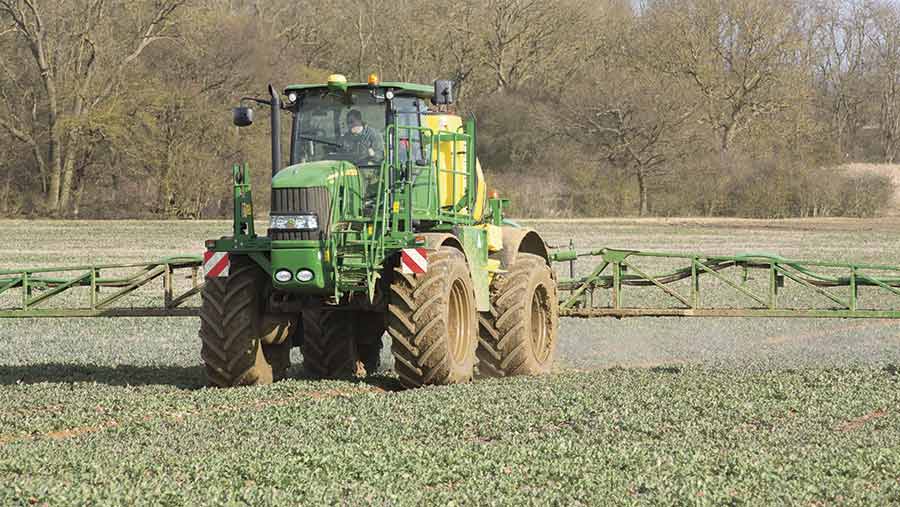 Light leaf spot, oilseed rape’s most damaging disease, could be a serious problem this autumn because of the wet weather, which is likely to encourage its spread.

The disease, which can cut yields in half if left untreated, is a threat in particular for those growers who drilled early to counter pest threats.

Some growers drilled early to get crops growing strongly before cabbage stem flea beetle attacks were likely, but this could give crops a longer period of exposure to light leaf spot disease spores.

Julie Smith, plant pathologist with crop consultant Adas, says another disease – phoma – is coming into crops earlier this season and may need treating before the first symptoms of light leaf spot are normally seen in  mid- to late November.

“There is certainly a risk of early phoma attacks, and also a risk for light leaf spot to develop later in the autumn,” she said.

See also: Check out disease in your oilseed rape crops for free

Many oilseed rape growers aim to spray only once in the autumn to cover both diseases, but an early phoma attack may prompt a two-spray policy. Growers are advised to spray for phoma when 10-20% of plants are infected.

Fungicide treatments for light leaf spot are based on the two azole fungicides, prothioconazole and tebuconazole, both of which give about three weeks’ protection against the disease. 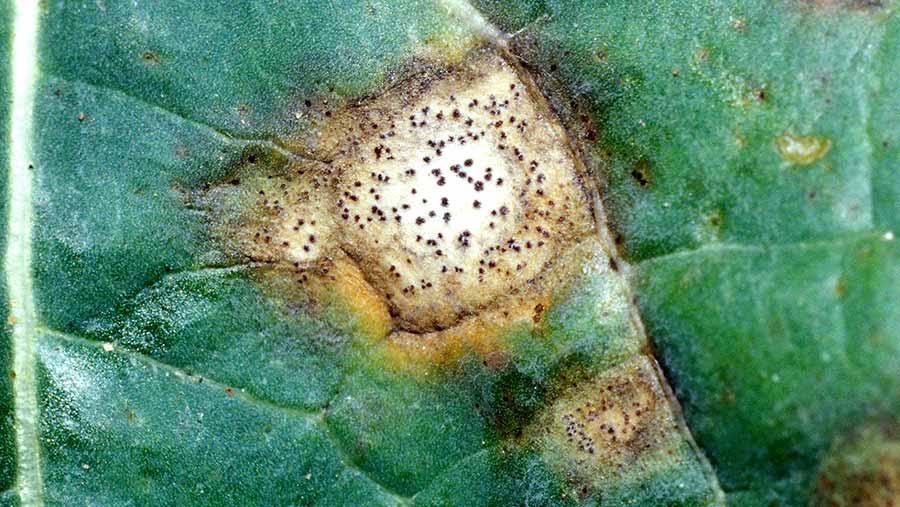 The former fungicide is more expensive, but also gives control of phoma, while the latter has a limited effect on phoma, but has a plant growth regulatory effect which can be useful for lush forward crops.

Lincolnshire-based crop consultant Sean Sparling is finding phoma in his oilseed rape crops and although it is too early to see light leaf spot, he says the disease is likely to be encouraged by the  weather.

“Light leaf spot is always a threat, especially with the current wet weather,” said Mr Sparling, who is also chairman of the Association of Independent Crop Consultants.

He is concerned about phoma in backward oilseed rape crops. He says fungicide timing will be key if growers want to spray just once to control both phoma and light leaf spot.

His general recommendation is to use a product such as prothioconazole, which gives control of both diseases in the autumn, while leaving tebuconazole for the spring. Both will give about three weeks’ protection against light leaf spot.

This season, Adas is taking part in a free disease diagnosis scheme, which is being funded by agrochemical group Bayer. The project, called SpotCheck, will run until March with Adas preparing to test 500 leaf samples. The aim is to get results back to growers within a week of Adas receiving the sample.

The leaf samples will be examined for a range of diseases, including phoma, alternaria and downy mildew, but the focus will be on light leaf spot, which can be hidden and take several weeks from infection to symptoms showing.

Growers can use this free disease-sampling service – initiated and funded by Bayer, conducted by Adas and supported by the AICC – by contacting Adas at Rosemaund in Herefordshire (01432 820 444) for pre-paid envelopes and then sending in crop samples for disease diagnosis.

Growers are advised to pick 30 random leaves, as light leaf spot can develop first on newer leaves and phoma on older leaves. The samples should then be sent to Adas. Further details are available on the Bayer website.