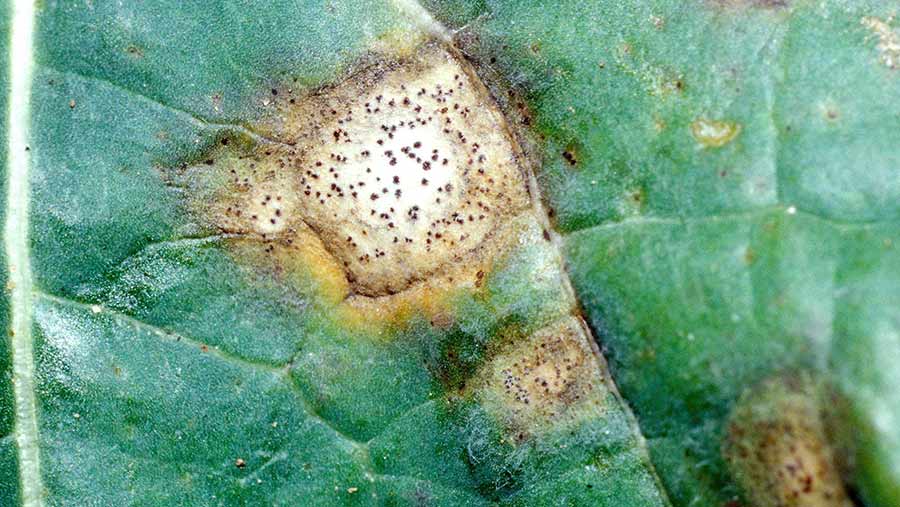 Wet weather is set to spark an early attack of phoma in oilseed rape crops with symptoms of the yield-sapping disease likely to be seen by the end of the month.

Rain showers through August and September mean disease spores will spread from the infected stubbles of the previous season’s crops. Phoma can cause yield reductions of up to 0.5t/ha.

Faye Ritchie, plant pathologist at crop consultants Adas, said there have been 20 days of rain since the start of August at its Boxworth site in Cambridgeshire which means disease spores will now be released.

“The 20 rain days target was hit on Monday, so growers need to start monitoring crops, as symptoms could be seen in about three weeks time,” she told Farmers Weekly.

This target was hit at Boxworth on 11 September, and it has also been met at Adas’ Rosemaund Herefordshire site. 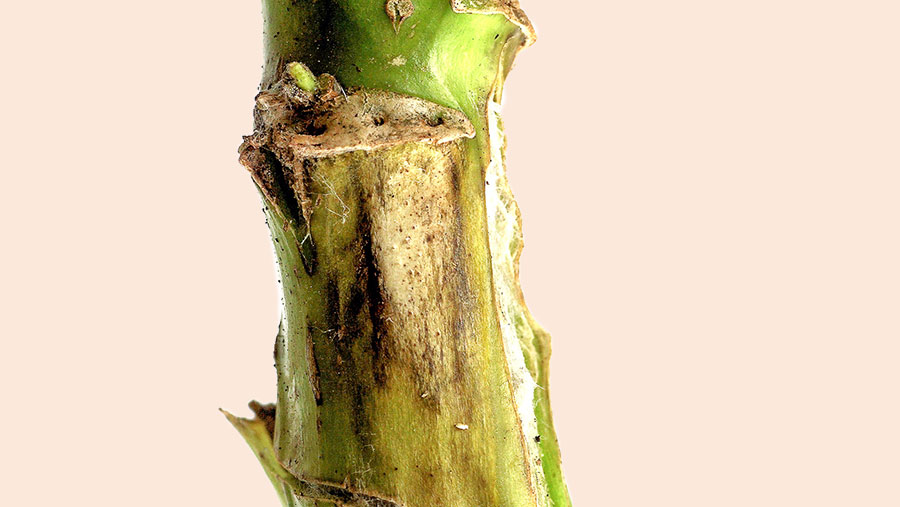 The first signs of phoma can be seen as bleached spots on oilseed rape leaves which contain dark specks, and the infection can move to the plant’s stem causing stem cankers to form which can restrict water and nutrient supply or even kill the plant.

Damage from the disease can cause annual yield losses of about £100m, so any fungicide spray operations need to be carefully timed.

Growers are advised to use fungicides when 10-20% of plants are infected with phoma, and good control can be achieved with half rates of fungicides, with some products also helping to control the more economically important light leaf spot.

“With phoma infections we rarely see a yield benefit from using any more than half rates of fungicides,” Dr Ritchie added.

With the change to lower temperatures and more windy weather, the focus is moving away from flea beetles, which don’t tend to thrive in these conditions, and towards the risk from phoma.

“Smaller, slower-growing, backward crops will be more at risk, but we are unlikely to see any symptoms before the end of the September,” he said.

Growers should check on the disease resistance of their oilseed rape varieties in the ground with the four new varieties added to the latest AHDB Recommended List (East/West) showing a wide range of resistance ratings.

New hybrid varieties Aquila and the semi-dwarf Secret show scores of 8s while two new conventional varieties Flamingo and Nikita score just 4s, where 1 is poor resistance and 9 is high.

Keep an eye on weather

David Leaper, seed technical manager at fellow agronomy group Agrii, said there has been an improvement in general phoma resistance in recent years especially with hybrid varieties where the trait can be introduced more quickly than with conventionals.

“Where farmers are growing varieties with a 4 or 5 rating for phoma, they need to keep an eye on the weather and on phoma,” he said

Gareth Bubb, regional technical manager at agrochemical group Bayer, said many growers in his area of Herefordshire look to spray once in the autumn to cover phoma and light leaf spot, the latter tends to develop later.

He points out that Bayer’s Proline is the only one of three which controls phoma and also light leaf spot, so if growers are using varieties with good phoma resistance they could be able to get away with just one autumn fungicide spray.