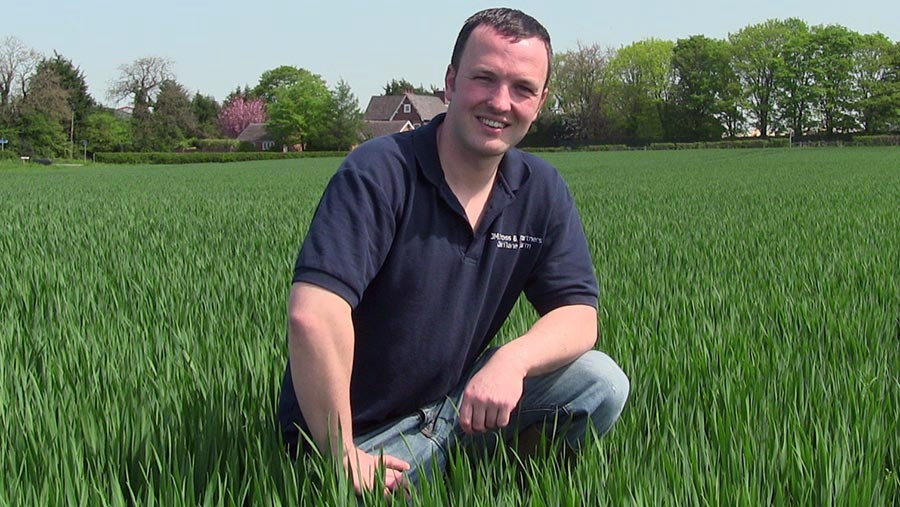 Winter oats may not be the most obvious break crop, but with sustained low prices for barley, beans and oilseed rape, growers on a contract could get £5/t more than milling wheat.

Growing winter oats on a milling contract offers a tasty premium with lower input costs compared with other break crops, while also helping to reduce the risk of take-all.

Cheshire grower and recently appointed AHDB monitor farmer Robert Cross has seen winter oats grown on the family farm for more than 25 years. Now he’s got ambitions to drive his oat yields up to 10t/ha.

The winter oats are mainly grown on a long-standing contract for Crewe-based miller Morning Foods, which produces breakfast cereals such as muesli, granola and porridge. A smaller area is also grown for seed.

Mr Cross tells Farmers Weekly that demand for oats is steadily rising and the crop plays a key role in his rotation.

“I remember the days when if you didn’t have a contract for oats you just couldn’t sell them,” says Mr Cross. “Now there is a more balanced demand for oats and it is growing.”

While UK stocks of wheat and barley have been swelling in recent years, the opposite is predicted for oats.

Mr Cross adds that current prices for winter oats are about £120/t ex-farm, which is roughly £5 above winter milling wheat at present, making it a profitable option in times of low grain prices.

“Winter oats are a good break crop, they require less inputs compared with wheat and barley and it spreads the work at harvest.

“The crop helps to reduce the risks of getting take-all and that means you can put a good crop of winter wheat in afterwards.”

Being drilled towards the end of September and into early October, this gives growers the perfect window of opportunity for some out-of-crop blackgrass control. 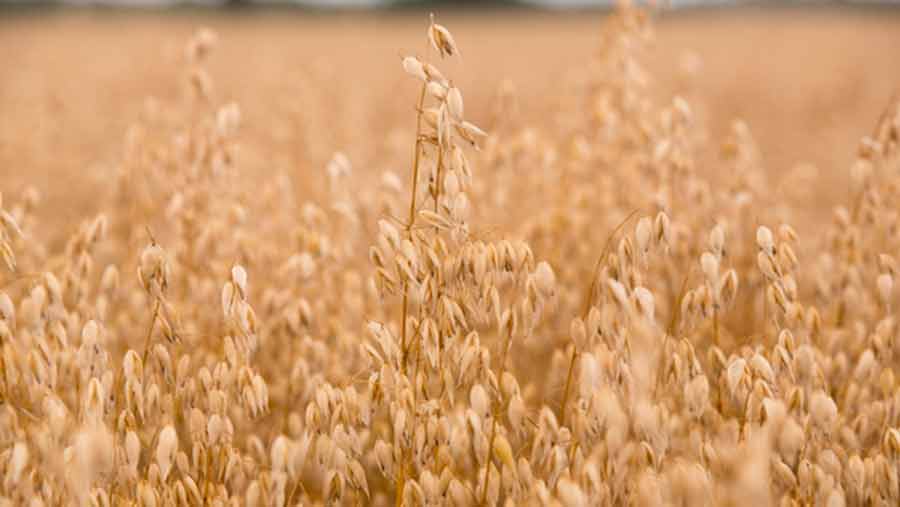 Blackgrass isn’t a problem that Mr Cross has to deal with – one of the virtues of farming arable land in north-west England, but he agrees that growing winter oats could help with weed control.

“The main problem we have is with broad-leaved weeds. I find oats to be a competitive crop and they really help to out compete any weeds.”

One of the reasons Mr Cross wanted to become an AHDB Monitor Farmer was to find ways of raising yields across the board, but particularly on his winter oats.

The farm’s long-term average yield for the crop is about 7.5t/ha and last year saw the crop hit a bumper 8t/ha.

“I wanted to become a monitor farmer to help me be as good a grower as I can be, but also to help with knowledge transfer.

“I also want to get yields higher on every crop I grow and my ambition is to get the oats to 10t/ha,” he explains.

He thinks more can be done to fine tune nitrogen applications to improve oat yields and says better information on fungicide performance would help too, along with encouraging the millers to accept newer, higher-yielding varieties.

“I want to find out if we could nudge the N up a bit from the 125kg/ha total and see what that does for the yields.”

Applying more N comes with its risks though, as an overly forward crop will suffer from lodging, which can cost 0.5t/ha.

This means it is crucial to get nitrogen applications and timings correct, with effective use of growth regulators to help manage the lodging risk. 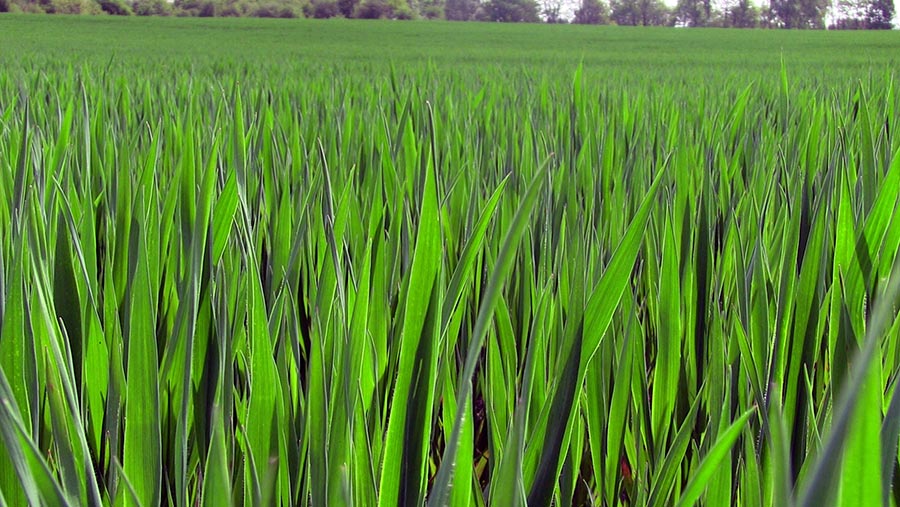 This year he is growing the variety Lineout from breeder RAGT, which made its debut on the Recommended List last December and promises to yield higher than all of the varieties that came before it.

As is the way with malting barley varieties, the oat millers dictate which varieties they accept and this is part of the reason for the slow development in crop yields.

“The millers can be quite ruthless when it comes to varieties, they still like the older varieties such as Gerald which first came on to the Recommended List in 1993,” explains Mr Cross.

Hitting the right bushel weight is also key, with 51kg/hl being the standard to aim for. With oats being such a light and husky crop, this is something to keep an eye on.

There are just two main diseases to worry about when growing oats: mildew and crown rust. Mr Cross says the former is much easier to control than the latter.

“If you’ve got mildew you can clear that up at T1 with Talius (proquinazid) at 0.15 litres/ha. But you really want to avoid getting crown rust at all costs because this will hit the bushel weight and drop the yield by about 30%.

“If you see crown rust then it’s too late because it will just explode through the crop. When chosing a variety, you would really don’t want to be growing anything with less than a five [rating] for crown rust.”

The T2 fungicide spray timing is the prime time to build the bushel weight up, and Mr Cross tends to go in with Priori Xtra (azoxystrobin + cyproconazole) at 0.6 litres/ha.

He adds that one of the biggest challenges of growing a minority crop like winter oats is a general lack of information on fungicide performance and there are limited herbicide options available too. For example, Avadex (tri-allate) cannot be used in oats.

Oats are also more susceptible to barley yellow dwarf virus (BYDV) than both wheat and barley, prompting some growers to use a Deter (clothianidin) treated seed, but Mr Cross doesn’t consider the risk to be great enough to warrant the extra cost in his part of the country.

While he doesn’t use a pre-emergence herbicide, he does use a post-emergence spray of Lexus Class (carfentrazone + flupyrsulfuron) and adds the insecticide Hallmark (lambda-cyhalothrin) to cover aphids spreading the BYDV threat. 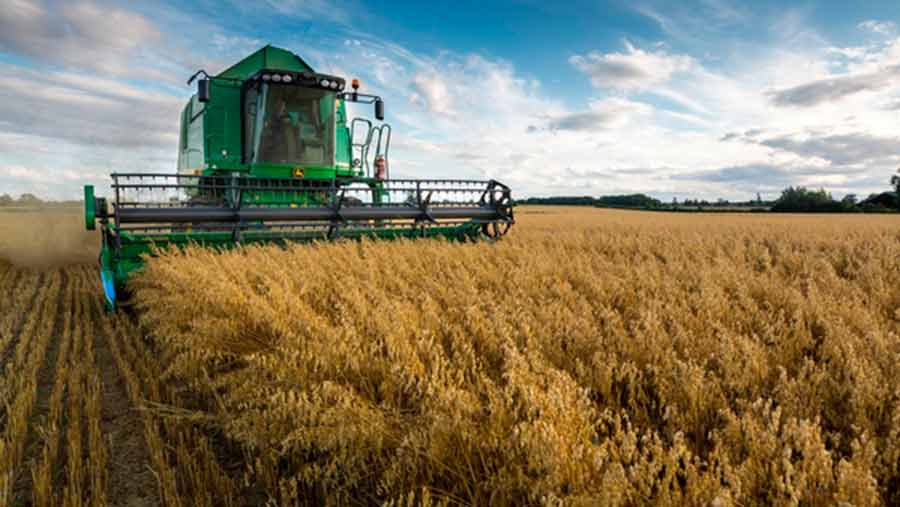 In the North-West, winter oats are typically ready for harvest from the first week of August onwards, depending on the season.

Mr Cross says he doesn’t ever need to desiccate the crop, but it is often the case that the oat will be ready for harvest when the straw is still slightly green.

“Morning Foods like the oat to have a good colour, so don’t leave the crop in the field too long once it’s ready.

“If you get a catchy week it can push the wheat harvest back a bit, but you will find that if it does turn wet and wheat moisture is at 19% then the oats will be at about 16% and they don’t take much drying either.”

There’s also a risk of getting mite in the grain store, so Mr Cross tends to put the burner on for half an hour or so, just to process the crop and shake out the dust. This also helps to improve the bushel weight further.

He always tries to chop the straw to avoid removing too much phosphate (P) and potash (K), but sometimes this can be difficult because oat straw is waxy compared with wheat or barley and the crop produces a lot of residue.