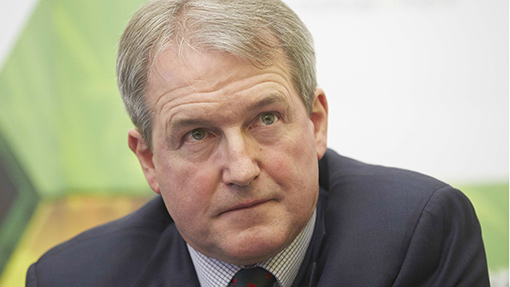 DEFRA secretary Owen Paterson has backed an EU proposal that could see GM crops fast-tracked for commercial cultivation in the UK.

At the EU’s March Environment Council meeting, Mr Paterson supported a proposal that would allow countries, such as England, to grow GM crops, while allowing anti-GM countries to opt out.

Environmental groups said the proposal, if approved, could see Monsanto’s RoundUp Ready crops being planted in England as early as spring 2015.

Greenpeace, Friends of the Earth, GM Freeze, the Soil Association and GeneWatch UK wrote to prime minister David Cameron on Monday (10 March) to condemn the plans.

In the letter, they said: “We are concerned this position could lead to commercial planting of Monsanto’s RoundUp Ready GM maize NK603 or Syngenta’s GM maize GA21 in England as early as spring 2015.

“Monsanto has not withdrawn its application to plant NK603 in the EU, despite announcing in July 2013 that it would do so.”

Plans to grow herbicide-tolerant GM crops in the UK were abandoned in 2004 following farm-scale evaluations which showed that blanket spraying with weedkillers destroys important habitats for birds, butterflies and other wildlife.

In the USA, there is widespread concern among farmers that so-called “superweeds” have evolved resistance to RoundUp (glyphosate), affecting half of US farms surveyed last year.

In the letter, green groups urge the government to withdraw its support for this “flawed proposal”.

“The existing evidence shows that herbicide-tolerant crops cause environmental harm which should be avoided.”

Helen Wallace, director of GeneWatch UK, said Monsanto and other GM companies were “desperate to push their GM crops into other countries before the devastating impacts on wildlife and farming destroy existing markets”.

Mr Paterson, a strong advocate of GM food technology, last year condemned opponents of GM crops such as golden rice, which is fortified to combat blindness and deaths among children in third-world countries, as “wicked”.

In June, he urged the UK to lead a new agricultural revolution across the EU by embracing GM crops to feed the increasing world population .

A DEFRA spokesman, said: “We want our farmers and consumers to have access to the same economic and environmental advantages that over 18 million farmers in 27 other countries currently have.


“The stringent EU safety and environmental assessment all GM crops go through remains the same. This change will only end the political deadlock that has blocked progress on GM cultivations in Europe for 15 years.”