The Harvest Highlights Gallery has grown to about 900 pictures despite the dreadful weather in many areas. Growers have their fingers crossed that things will pick up this week.

Here’s a selection of some of the pictures sent in over the past few days. 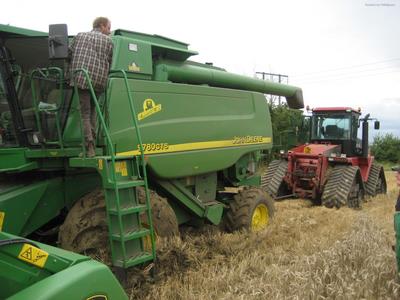 Rsynge sent in this picture taken while combining wheat for J Mahon and Sons near Shipston on Stour in Warwickshire. The combine found a wet hole and it took the Quadtrac to get it out. 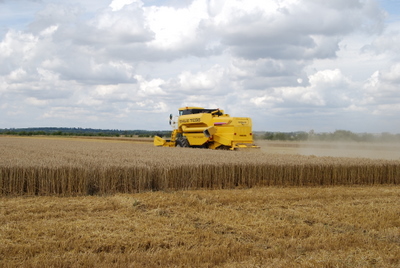 Peter Coningsby of Rectory Farm, Whaddon, Royston, Herts harvesting on 10 August. Picture taken by Peter’s wife Karen while taking his lunch to him on a rare, warm Sunday afternoon. 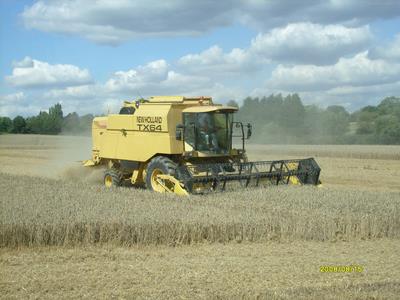 Albert (Bert) French of A R French combining at Hygro farm which is located at Great Burstead near Billericay in Essex. The picture was sent in by Richard Astridge who works full time for A R French doing all the carting of the wheat and the following cultivations. 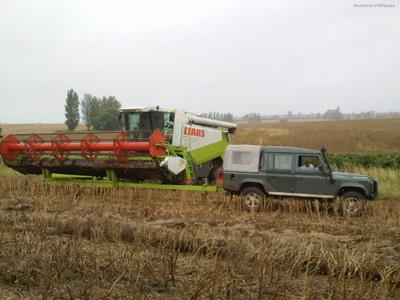 Finishing the wettest OSR harvest ever at Bickley Farms, Somerset. There’s now just the job of drying it all… 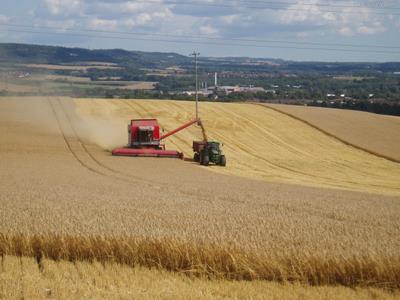 A MF Cerea 7278 working in Kent. Picture by Martin Lingham. 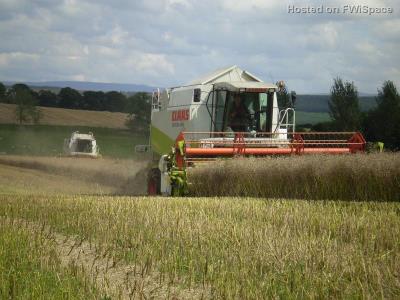 Contractors Greirsons of Skelton in the foreground and S Little of Kirkbride in the background with a 460 on tracks. They were harvesting Castile for Brackenburgh Home Farm, Calthwaite, Penrith, Cumbria on Saturday 16 August. 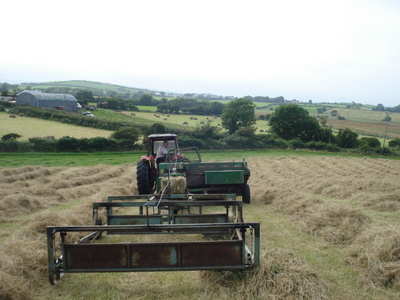 Brian Joseph McCarthy on the shores of Strangford Lough, Co Down bailing hay on a good day. Pictures from Tony McCarthy.

To view more pictures and to add your own visit the full Harvest Highlights Gallery. Alternatively you can send them to us by email.