There are now more than 320 pictures on the 2008 Harvest Highlights Picture Gallery and it is growing by the hour.

They show the best and worst of harvest. Here’s a selection: 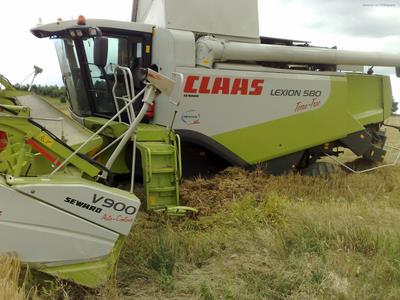 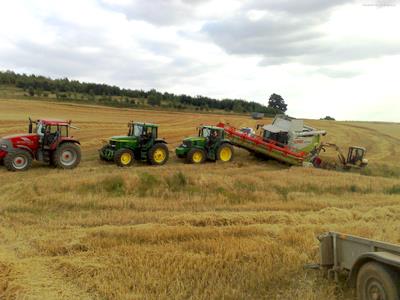 A bad day…It took seven hours to release Peter Goodwill’s Claas Lexion 580 TT which fell into a wetspot while harvesting Pearl winter barley at Robert Goodwill’s Farm near York last week. Chris Goodwill who sent in the pictures said they were quite happily harvesting 3t/acre at 15% moisture, when they came across a wet hole on 29 July. “It took 7hrs, five broken chains, one mini digger, five men, three tractors and two buried sleepers to recover her.” 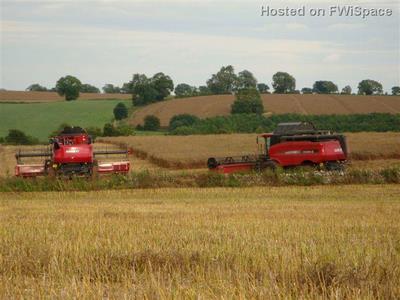 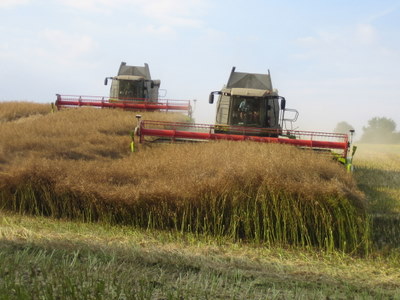 Two’s company…two Lexion 580s (one on hire from a neighbour) working at Alan Hind’s Elm Tree Farm, Counthorpe, near Stamford, Lincs. They are cutting Excel winter OSR at 2t/acre and 8% moisture.  The photo was taken on the 26th July 2008. 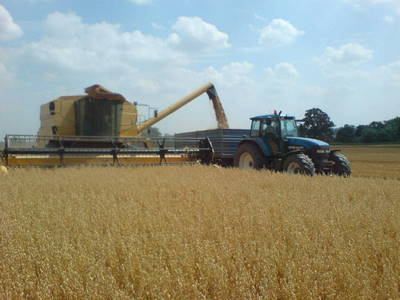 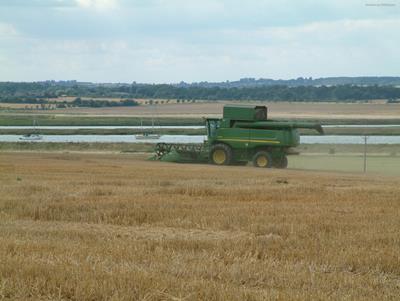 A day by the water…FWiSpace member dave8530 posted this picture of a John Deere combine at work. 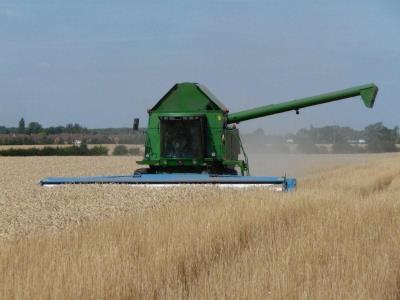 Stripping…Stewart Campbell sent in this picture showing triticale being stripped for thatching straw on Dodson Bros farm in Cambs. 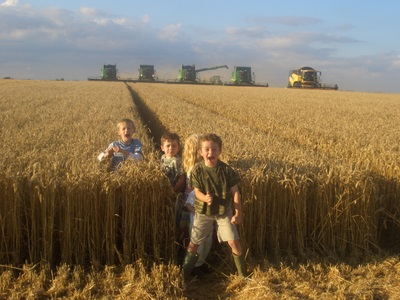 I’m so excited…(from l to r) Thomas (Philpot) Ben (Saunders) Emma (Philpot) and Mark (Saunders) couldn’t believe their eyes when the John Deere Tour 23 Roadshow came to the Philpot’s farm last Friday. The machines were in a crop of first wheat (Solstice) at Boyton Hall Farm, Chelmsford, Essex. The New Holland is the farm’s own combine. 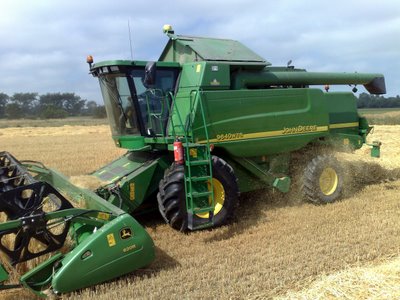 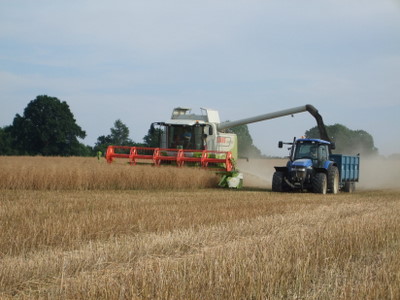 Note: Pictures uploaded to the gallery must be under 4MB. It may also be worth keeping an eye on the email address you register with, as if we have any more queries about the picture  – or if we need a larger file size – we’ll reply to that address.