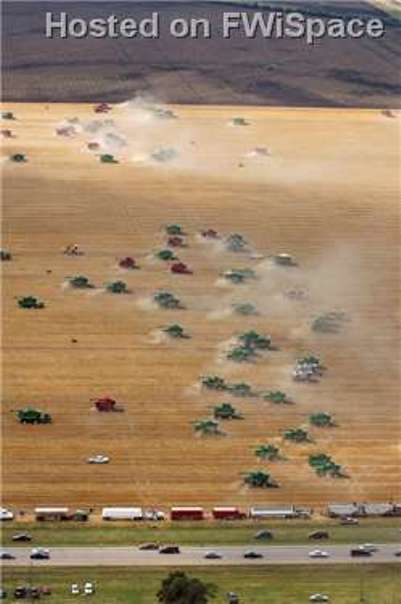 This record setting exercise, in Norton, Kansas, is said to have seen 160 acres harvested in 10 minutes and 15 seconds using 100 combines and several grain trucks. 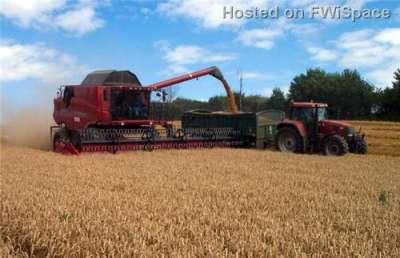 The Farmstar demo team in action with the Case IH AFX 9010 cutting wheat on the 24th August. 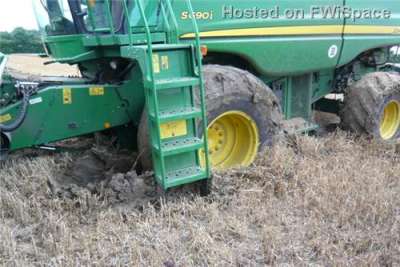 A couple of all too familar sights (above) this summer, posted by Charlotte Colston. 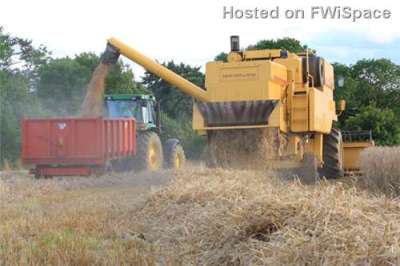 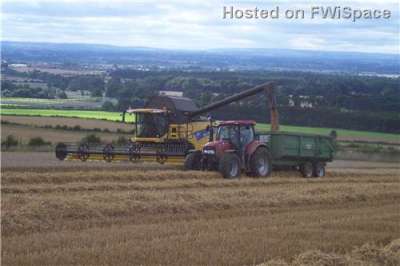 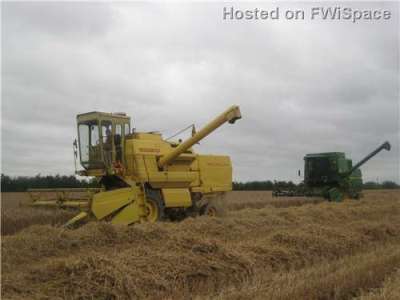 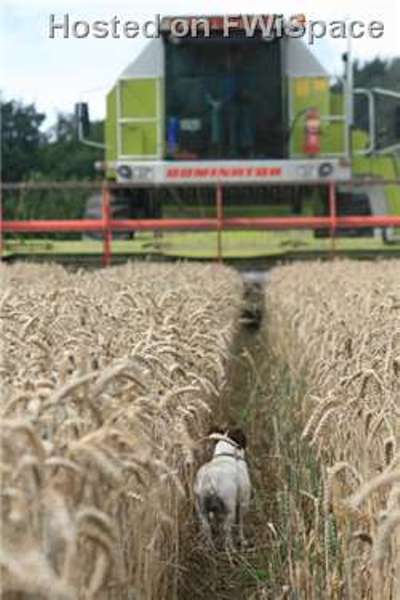 This rather worried looking Jack Russell is called Winstone, says Chris Broome who posted this. 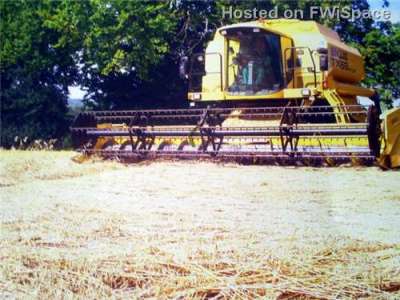 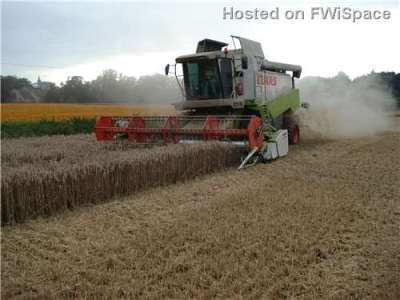 Xi19 wheat, sown on 25 September, coming off at about 12t/ha from land that former Farmers Weekly Barometer Bill Harbour manages at Gosmere Farm, near Faversham, Kent. His 12ha of marigolds in the background have been a hit with photographers, he says. “We could have made more money from the crop if we’d charged them for each shot.”