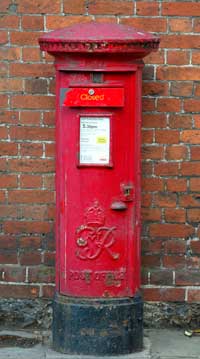 A strike by postal workers is set to delay the return of thousands of maps sent to farmers by the Rural Payments Agency.

Some 82,500 maps have been sent to farmers across England over the past four months as part of the agency’s mapping update.

But a series of national postal strikes – expected to start from 22 October – coincides with the culmination of the mapping exercise.

The Communication Workers Union has pledged strike action unless Royal Mail agrees to a last-ditch deal in a dispute about pay and working conditions.

RPA chief executive Tony Cooper said he expected industrial action to take the form of rolling strikes, rather than an all-out national strike.

But he added: “The timing is not good for us – quite clearly. We are taking stock week by week.”

The agency expected to complete the production of “first” maps – asking farmers to confirm changes were correct – by the end of October, said Mr Cooper.

It was looking at various contingency plans, including the delivery of maps to regional drop-in centres.

“We are alive to the fact that the postal strike could be damaging,” Mr Cooper told an NFU Council meeting on Tuesday (13 October).

“If there was a prolonged strike, then it would certainly cause us to invoke contingencies.”

The agency will use the maps to pre-populate 2010 Single Payment Scheme claim forms with relevant data where appropriate.

Mr Cooper insisted that the agency remained on schedule to meet its timetable for the 2010 payment application period.

The 2009 scheme validation was also running ahead of last year, he said.