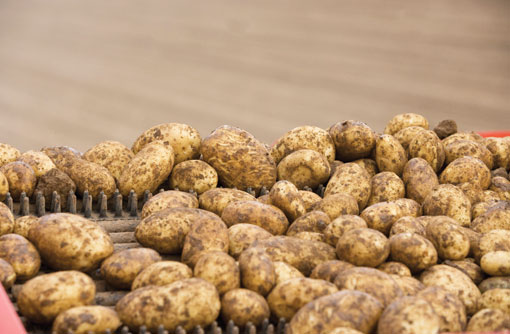 The “worst autumn in living memory” (Farmers Weekly, p20, 26 October) comes just after last year’s low prices, putting many potato businesses under continued financial strain. This highlights the need for accurate estimates of costs of production, but are growers accounting for everything?

After reading the article by Ashley Lilley of Savills (Farmers Weekly, p66, 19 October) on calculating the full costs of growing spuds, I feel that the subject still needs more clarification.

If potato growing is to be considered a professional business, there is no excuse saying that potatoes are just one enterprise within a mixed farming business and it is difficult to get the actual costs of that crop. This can give scope for a vast amount of misunderstanding and confusion.

The Potato Council publishes some very useful cost of production figures, but they are only meant as a guide and have to be balanced and diplomatic to all sectors when risk is being considered. Also, they don’t necessarily include the full opportunity cost of the land and also assume part of the crop is sold off the field.

So why do growers need to fully understand risk? The Potato Council’s 2012 figures of £157 for ware crops and £132 for processing crops are based on likely average yields using historical information.

A saleable yield of around 45t/ha (18t/acre) is assumed, but this year the average saleable figure will be significantly down, in some cases half that figure at 22t/ha (9t/acre). So if we assume that yields across the country will, on average, be 30% down, the cost of production this year would be closer to £217/t and £188/t for ware and processing crops, respectively.

Other significant risk factors would include rejections or quality falling short of contract. As growers, we are told that about 70% of potatoes are grown on contract. In the processing market, this will be most, and in the packing sector nearer to 50%. The setting of the contract price isn’t set by the grower, it is set by the processors and packers who are competing for the business of the major supermarkets. If the grower doesn’t fully understand his costs of production and risk involved, then he becomes very much a price taker and not a price maker.

Average packing contracts may be in the region of £130/t and slightly less for processing. So here lies the problem. As professional businesses, supermarkets, processors and packers can fully exploit this situation, and who can blame them? Unfortunately, this level of return isn’t adequate and the grower ends up subsidising the rest of the marketing chain. The remaining marketing is done on the spot market (free buy) – ie supply and demand – which over the past five years has averaged below the cost of production due to a general oversupply.

This year the trend will change dramatically as spot prices climb up to £300/t or higher. This looks like a good price, but if we look back to 1976, when we had a similar shortage, the price then was again £300/t. If we were to index link this figure to take inflation into account, it should be nearer £1,000/t today.

Both these two types of marketing aren’t sustainable at present levels and we need some realistic contract prices that reflect costs of production, re-investment, risk and an element of profit. The best way of achieving this is to improve the professionalism of our grower base so they can become price makers and not price takers. If the combinable sector remains buoyant, why take the risk at present level?

Have your say on our forum

This article was in response to an article by Ashley Lilley – the third in our cutting the costs of production series covering the main crops. Catch up with the three articles: