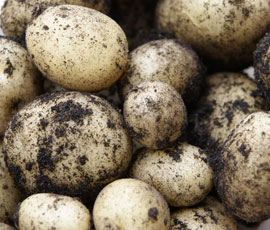 “We finished our grain harvest a while ago, with poor yields and poor quality,” he said. “I think it’s the same story with everyone else.”

With quality and quantity variable, Mr Manners did notice some varietal difference.

“We grew Grafton, Oakley and a little Beluga. Oakley was a complete disaster yet Grafton probably did as well as anything. It was all a modest yield though, nothing to get excited about.”

Mr Manners reckoned yields were 3.75t/ha down across his 272ha of wheat, with bushel weights varying between 65kg/hl and 75kg/hl.

Modest yields continued with the rapeseed, too, with yields averaging just 2.5t/ha. “There is some quality but it’s pretty mediocre.”

While harvest wasn’t as lucrative as Mr Manners would have liked, he now had concerns for the next crop of rapeseed, which was all sown.

“We got all the rapeseed in before the rain but we’ve had to re-drill some of it,” he said. “It only looks an average crop. It’s not a good start.

“We were drilling yesterday (18 September) too. I think the sooner we put this year to bed, the better.”

However, he was hoping for better results from his 100ha of potatoes.

“The potatoes aren’t a fast job. We’re going steady as we’ve got to get the rotten ones out.

“Luckily we are able to travel alright. It’s quite ironic that harvest has been easy so far,” he added.

“The crop doesn’t look too bad once it’s been graded out, especially considering the season it’s gone through. Only time will tell.”