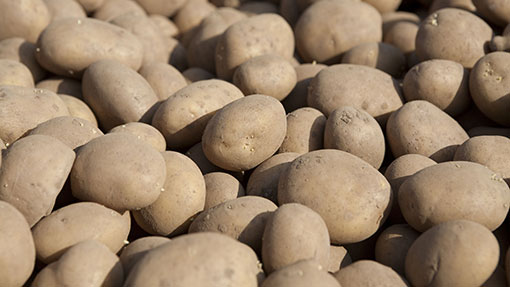 Potential high levels of virus infection in home-saved potato seed means that testing will be crucial ahead of next year’s planting campaign.

An early start to the 2014 growing season, coupled with large numbers of the virus-transmitting aphids appearing in young crops, has prompted concerns about high levels of infection being found in seed stocks.

Adrian Fox, principal virologist at Defra’s Food and Environmental Research Agency (Fera) plant clinic who carry out the testing, added that with potato seed prices rising, ware growers are more likely to rely on home-saved seed this year, so testing will be important.

“Whether saved for further multiplication or for next year’s ware production, it is prudent to get it tested,” he said.

Viruses are among the most economically damaging diseases in potatoes and one of the main reasons for crops failing seed certification.

He explains if the virus index is high they have the opportunity to make an early, informed choice to source clean seed elsewhere.

The persistent aphid transmitted virus PLRV, can upset the sugar or starch balance for chipping potatoes causing potential rejections while non-persistent viruses such as PVY are linked to tuber cracking and yield loss.

“If the virus index is high they are well placed to source clean seed elsewhere. For growers undecided whether to test their home-saved seed, or who simply forget, we can still perform this rapid test as late as March,” he added.

1. The traditional “growing on test” takes six to seven weeks and involves artificially promoting growth in the glasshouse, followed by testing for specific viruses as requested. This test costs around £150 for a 120-tuber sample testing for two viruses, such as PVY plus PLRV. This method can also detect other viruses such as PVA, PVX, PVM, and PVS.

2. Fera’s Plant Clinic offers a new “rapid test” for tubers. Employing molecular methods it permits direct testing of tubers and, producing comparable results, can normally be completed within just a week. This rapid test costs £260 for the detection of one virus, plus £75 for each additional virus and can detect PVY, PVA, PVX, PLRV and PVV.