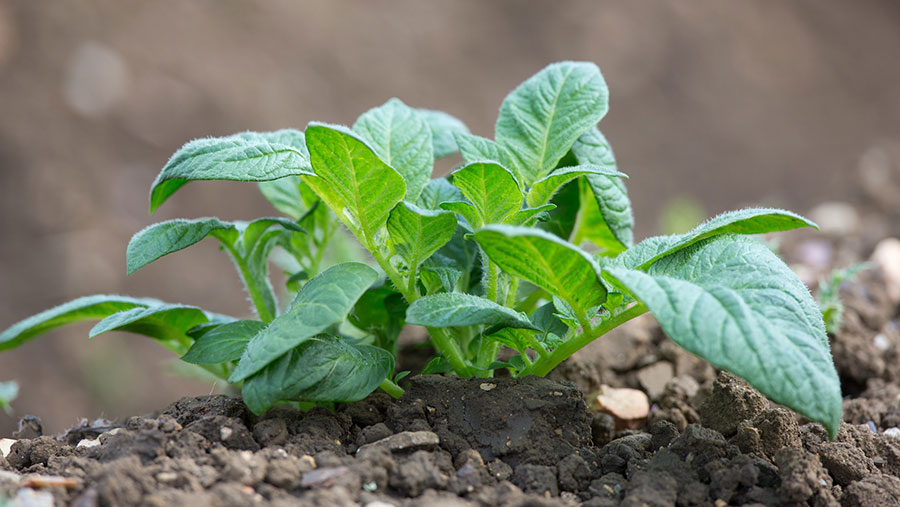 Drones could have a key role in estimating potato yields, as well as identifying any costly planter problems resulting in less productive areas of the field.

Researchers at Fera Science, near York, have been investigating whether drones can be used to count accurately the number of potato plants in a field.

Estimating yields is a valuable tool for potato processors and packers, enabling them to better plan spud supplies during the season.

Even manually counting from images takes a very long time and does not provide a reliable result, he adds.

To address this, Mr Brown and his colleague Lee Butler looked at developing specialist image-processing software that can automatically count crops.

“Very high resolution remotely sensed images are becoming more and more widely, however, the analysis and interpretation of these images is fundamental to unlocking their potential in precision agriculture,” he stresses. 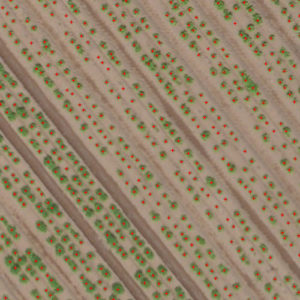 A zoomed in example from the first drone flight on 3 June, the red crosses show where software is identifying individual potato plants © Fera Science

Two fields were selected and they carried out two drone flights on 3 and 9 June 2016, coinciding with initial crop emergence.

The drone was fitted were a twin system of standard Lumix LX7 digital cameras, with one modified to detect near infrared spectral data.

The results, published this week in Food Science and Technology, show that the software successfully identified 5,180 potato plants in the test are of the field.

Both researchers believe this will allow future potato yields to be predicted to a higher level of accuracy.

However, the study also highlighted areas of the field where there was a problem with the planter.

“There were in-row gaps between some individual plants indicating that the in-row planting density was not uniform,” he says.

It is also apparent the planter is not planting as efficiently at the start of rows as at the end of the rows.

Armed with this knowledge, farmers can investigate and rectify any planter set-up problems, thus maximising potato production across the whole field.

This method could save time in the field and provide farmers with actual plant counts rather than extrapolating from manual methods.

“It clearly highlights areas of the fields that are not performing as they should, whether due to crop stress or machine planting efficiency,” he explains.

“Farmers armed with this information can, therefore, increase yields by identifying areas of the field that are not currently achieving full potential.”