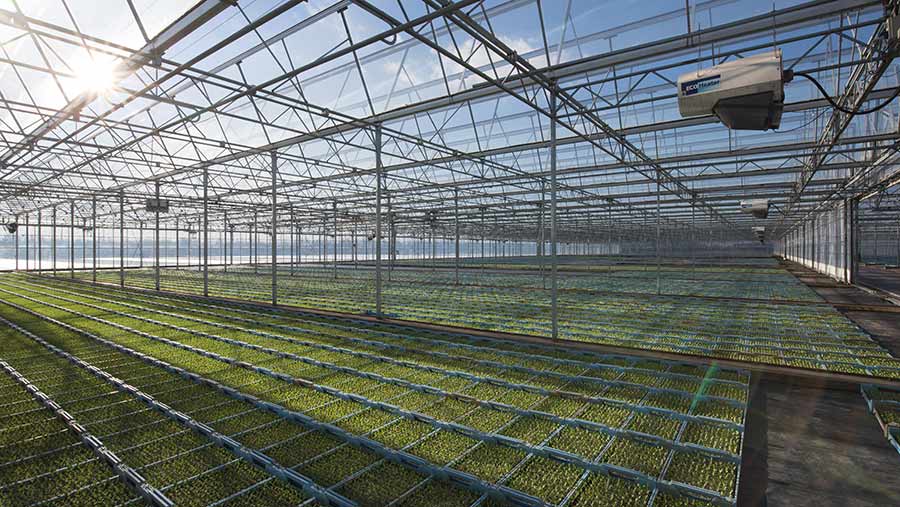 A group of 36 businesses from the potato and horticulture sector is putting pressure on Defra to sanction an alternative body, to replace some of the functions carried out by AHDB.

Members want Defra to allow both a small statutory levy to fund critical research work in the fruit, vegetable, mushroom and potato sectors, and a larger voluntary levy to pay for other programmes of work. The group is also hoping to pave the way for knowledge exchange and extension services.

“The aim of the group is to ensure a healthy and sustainable UK horticultural industry within which businesses can thrive,” said Martin Emmett, an ornamental grower and member of the GBLG.

“We feel that our proposed way forward on how R&D is conducted for the industry is the right approach and has the support of all 36 businesses involved, as well as a number of research organisations and grower groups.”

The move comes in the wake of two grower ballots – one in the horticulture sector last autumn and one in the potato sector earlier this year – which both resulted in strong support to end the existing statutory levies, which pay for such things as R&D, market intelligence and market promotion.

Commenting on the GBLG’s efforts, potato and vegetable grower John Bratley – one of the three “petitioners” who triggered the AHDB ballots – said they were simply trying to maintain the status quo, disregarding the majority view to get rid of all levies and the AHDB.

“I’m bitterly disappointed with their inability to face the facts,” he said. “Individual crop associations are the best organisations to deal with the research needs of any particular sector, as agreed and paid for by their members.

“We don’t need another new levy group. It is out of step with the views of the majority.”

Last week the AHDB announced that it was winding down its horticulture and potato activities, saving about £6m from its cost base.

And, even though an official announcement from the government about the future of the levies is still awaited, Defra secretary George Eustice has made clear he intends to respect the outcome of the two ballots.

“We can confirm the horticultural levy will continue for this financial year,” said a Defra spokesperson. “Later this year, we will be bringing forward the legislation needed to remove the current levy – and we are working across government and with farmers, processors and the AHDB on the options for the future of the services currently being funded through the levy, to ensure continued stimulation and innovation of the sector.”