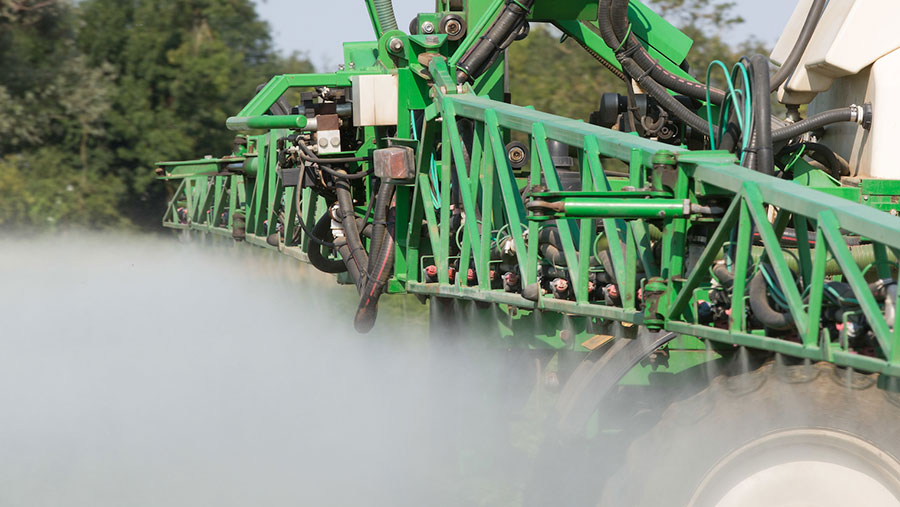 A genetically modified, blight-resistant version of the Maris Piper potato which can also be stored at cooler temperatures without adversely affecting tuber quality is being trialled in the UK.

Researchers at the Sainsbury Laboratory in Norwich, led by Jonathan Jones, in conjunction with UK start-up firm BioPotatoes, US plant science company Simplot and the Biotechnology and Biological Sciences Research Council (BBSRC), have introduced three blight-resistant genes from wild potatoes into the Maris Piper variety.

The breakthrough means field trials have now begun, with commercially viable lines set to be available for cultivation in the UK within the next few years, if government legislation allows.

Prof Jones explains how the new genes offer the potential to increase crop blight resistance, reduce the use of chemical fungicides, and cut input costs, while also reducing the number of machinery passes in the crop.

“Blight costs UK potato growers about £60m a year in disease control with expenditure on chemicals, fuel, labour and the impact of soil compaction,” he says.

“In fact, in bad blight seasons at least 15 applications can be made during the year, with wet soils making it particularly difficult to get on to the ground to control disease.”

With the Maris Piper variety making up 15% of the UK’s potato area, the breakthrough in genetic technology has the potential to save £9m annually.

Prof Jones highlights how the focus of his research was to find, evaluate and introduce new sources of blight resistance without introducing negative characteristics which have a detrimental effect on yield.

“Yields from modified and non-modified Maris Piper trial plots have been indistinguishable, suggesting that genetic benefits have been successfully introduced without detrimental impact to performance,” he says.

He points out that the new Maris Piper variety will be effective against different strains of blight, offering robust resistance which won’t be easily overcome by new strains.

“The successful identification of three different resistance genes, which were stacked to provide greater resilience to potato blight, makes it more difficult for pathogens to mutate and overcome resistance,” Prof Jones says.

He is confident the three resistance genes will remain functional and resistant to the current strains of blight for many decades.

Not only does the new variety have complete blight resistance, but the introduction of “innate” genes identified by Simplot minimises bruising and the accumulation of cold-induced reducing sugars.

“Such developments are particularly important due to the withdrawal of the sprout suppressant chlorpropham (CIPC), as this provides an opportunity for potatoes to be stored at cooler temperatures, reducing sprouting without inducing sweetness,” says Prof Jones.

He adds that the use of these traits will reduce the chances of potato bruising or blackening when cooked at high temperatures.

Earlier this year, Defra granted permission for a further three years of extensive field trials researching the genetically modified Maris Piper variety, funded by BBSRC and carried out by Niab.

Tina Barsby, director and chief executive at Niab, explains how the investigation will look into the yields of 12 lines of improved potato varieties, before the final modified Maris Piper variety will be ready for regulatory assessment and commercialisation.

“The new material is close to the market so the requirement for an independent trial with independent data is important,” she says.

So far, the varieties have shown exceptional potential with good processing properties and blight resistance, which she hopes UK potato growers will welcome.

“It really is a great opportunity for UK growers, but whether the market picks up on this new development is a challenge,” says Dr Barsby. “I hope that the UK government will take a pragmatic view regarding legislation.”

She also highlights how developing blight resistance in other potato varieties such as crisping types can be achieved, but points out that this has not been investigated yet.

“Brexit and the development of the UK’s Agriculture Bill offers the potential for a more fit for purpose and science-based regulatory framework which evaluates improved crops on the basis of their purpose and properties, not on the method by which they were made,” he explains.

However, he admits that if the UK is still operating under EU legislation in the next five years, then the lines will not be available to UK growers.