Very few days without rain since last autumn and cold soil temperatures have significantly hindered planting for potato growers in the south west of England this spring.

Winter rainfall hasn’t been unusually high, but persistent showers have kept soils wet and unworkable and recent low night-time temperatures have stopped the ground warming up. 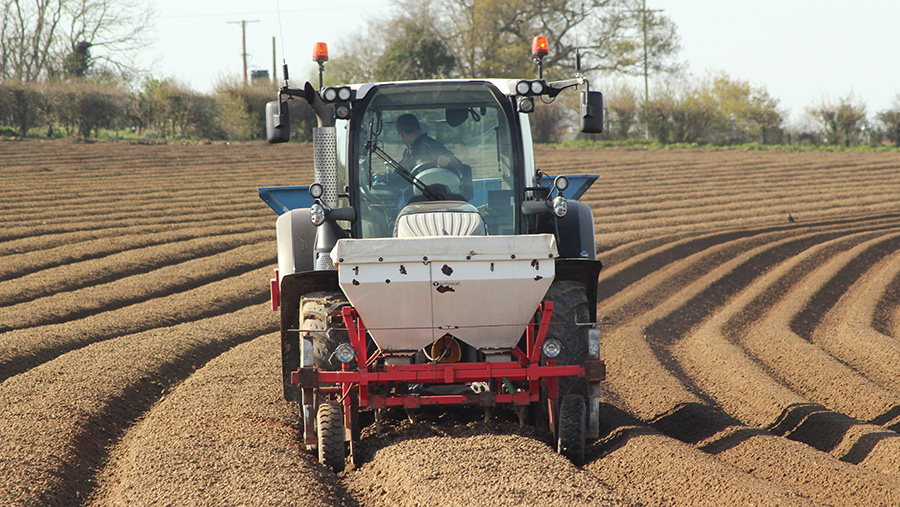 At D Vaux & Sons near South Petherton, west of Yeovil in south Somerset, planting of its 95ha of crisping varieties Lady Rosetta and Taurus started on 23 March, but has since been a stop-start affair.

See also: How to protect you spuds from high blight risk

Geoff Vaux, who farms a total of 285ha with alongside his father Philip, tells Farmers Weekly that they are about a week behind where they would like to be due to the poor weather.

“It has been wet and cold and it just hasn’t allowed us to get on. There haven’t been enough windows to get ground ripped up and dried out and soils are cold too,” he explains.

When Farmers Weekly paid a visit (21 April) Mr Vaux, who operates the planter himself, was making the most of some rare sunshine, planting medium-sized Lady Rosetta seed at 2.1t/ha, along with 820kg/ha of 17:5:27 fertiliser.

At the time of writing he has completed about 18ha in total, but should have covered at least 40ha.

“A good three weeks of sunshine would get things back on track, but we’ll get there eventually,” he adds. 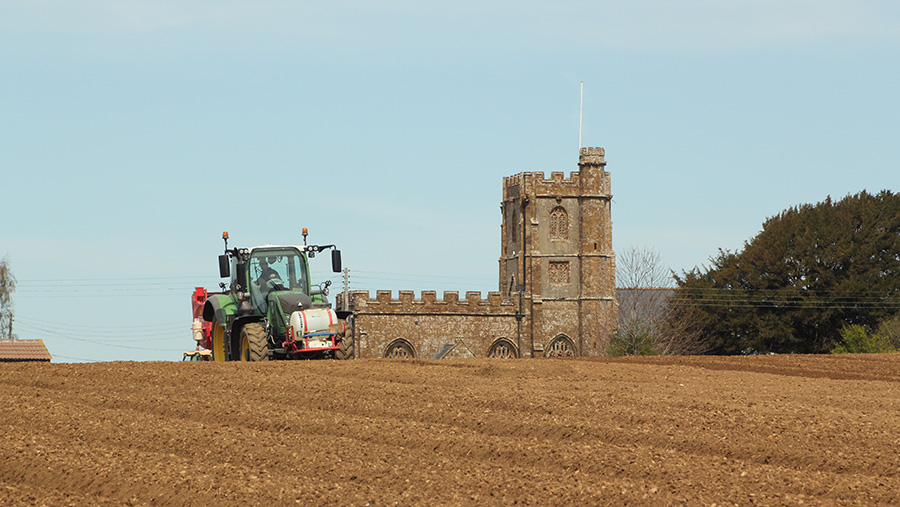 Just down the road east of Ilminster, the 1,000ha Dillington Estate has also had a steady start to its planting campaign, only getting going on their 80ha of spuds for the fresh market this week.

Estate manager Chris Wilson says conditions have improved in recent days, but they are about 11 days behind last year and should have had 20% more seed in the ground by this point.

Soils are still cold and I thought temperatures might have risen this week, but we are still having frosts. There have been a few -3C’s in the past fortnight Chris Wilson, Dillington Estate manager

“Soils are still cold and I thought temperatures might have risen this week, but we are still having frosts. There have been a few -3C’s in the past fortnight,” he explains.

Mr Wilson is concerned that if conditions stay wet and cold, slow emergence could be a problem and there may be increased risk of skin finish problems later on, while if it comes wet and warm, blackleg could be a threat.

“Temperatures aren’t ideal, but it can turn quite quickly. It has been late across the board and it looks like it won’t be a bumper year this year – yields will be down, but prices should be up,” he adds.