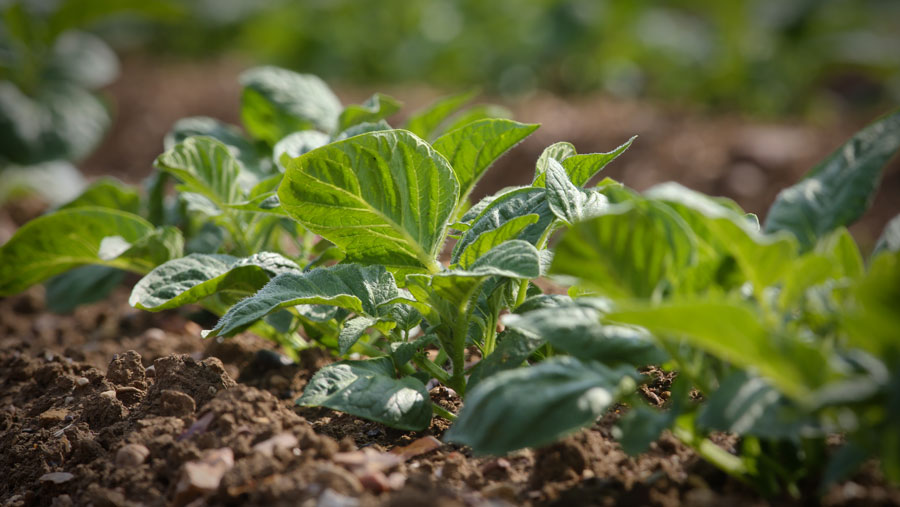 A new biostimulant shown to be effective in helping potato crops cope with heat stress is available for use this season.

Launched by agrochemical company Syngenta, the product known as Quantis significantly increases yields in crops that have experienced prolonged or extreme heat stress, by up to 2.2t/ha.

With the increasing incidence and severity of hot spells in the UK, its blend of organic carbon, amino acids, potassium and calcium, which helps supplement the plant’s molecular cell function, could prove a handy tool for potato growers.

Following extensive field trial research, Syngenta head of technical Dave King explains how the biostimulant can play an important role in potato agronomy from tuber initiation, through to the crop bulking phase.

The highest returns in tuber yields were generated from three applications at 2 litres/ha, applied from tuber initiation through the bulking phase, he reports.

Of the 32 sites experiencing conditions greater than 25C for more than four hours during the application window, yields were an average 2.2t/ha greater.

The 14 sites that experienced heat in excess of 30C over that period recorded an average 1.9t/ha yield increase.

The product is believed to work by activating and enhancing the potato plant’s natural capability to adapt to heat stress and prevent damage.

“Acting directly as an anti-oxidant it can help to counter reactive oxygen species (free radicals) that can cause damage, particularly within the foliage if leaves get too hot,” explains Mr King.

It also contains a level of amino acids that help protect plant structures from nitrogen and protein degradation, as well as providing osmoprotectant regulators to regulate cell osmosis and mitigate against heat stress.

Continued field research this year will look at refining application timings with more controlled trials investigating differences between varieties and other variables, such as irrigation and crop duration.