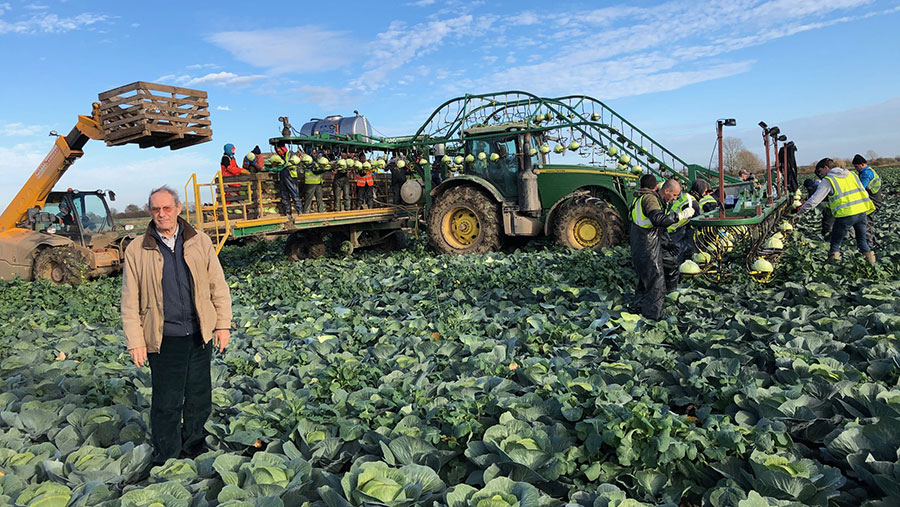 A group of three Lincolnshire growers and farmers who have already forced the AHDB to hold a ballot over the future of the horticulture levy are now trying to do the same for the potato sector.

To trigger such a ballot, signatures must be obtained from 5% of English potato growers – equivalent to 103 growers in total.

According to vegetable and potato producer John Bratley, an initial independent ballot conducted by the three growers in July “highlighted a significant level of discontent with AHDB among potato growers”.

“In now calling for their requests for a formal ballot on the continuation of a statutory levy, we are ensuring that their voices are heard too,” he said.

Mr Bratley anticipates having the necessary number of completed requests to put to the AHDB “in the next few weeks”.

The rebel growers have also raised doubts about the voting process for those horticulturalists who will be invited to take part in the ballot that the AHDB is organising in January.

This will be a simple “yes” or “no” question on whether growers want there to be a horticulture levy at all.

Spalding-based flower grower Simon Redden said he feared only those growers who have paid a levy in the past 12 months would be deemed eligible to vote.

“This would be grossly unfair given the unprecedented hardships that growers are currently experiencing,” he said. “All growers registered with the AHDB up until the time of the Defra review in 2018 should be eligible to vote.”

But AHDB chairman Nicholas Saphir said the legislation regarding eligibility to vote was clear – “a business must have made a levy payment within the previous 12 months from the closing date of the ballot”.

However, any levy payer who has agreed a deferred payment plan with AHDB, based on evidence of hardship, would be able to make a nominal £50 levy payment to ensure they have the legal right to vote.

The AHDB dismissed suggestions that non-voters would be deemed to be supporting the continuation of the levy.

“Only returned and validated votes will be counted and those results reported to ministers for a decision, whatever the results,” said a spokeswoman.

The Lincolnshire farmers also questioned the position of NFU Horticulture and Potatoes Board chairman Ali Capper, saying she has “refused to engage” with them and “sat on the fence” over the continuation of the AHDB.

“In doing so, she has failed to represent her members’ views shown by our [July] ballot, which makes her position as chairman untenable,” said a statement.

But Ms Capper dismissed such claims, insisting the NFU had to remain neutral on this issue.

Ms Capper added that she regretted that the ballot to be held in January was simply about the future of the levy, as how money is collected and the multiple roles of the AHDB are all interrelated.