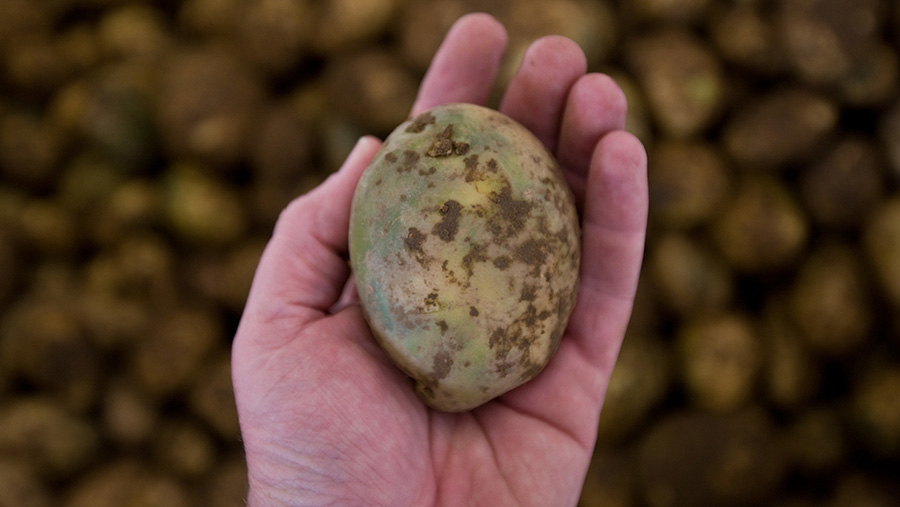 The spud industry could benefit from annual savings running to millions of pounds on the back of a research project tackling waste from potato greening.

Greening is a costly problem caused by the exposure of tubers to light and can occur either in the field, in storage, on store shelves, or at home.

In-field losses due to potato greening cost growers an estimated £37m/year, with the phenomenon remaining a significant negative factor in consumer purchases.

UK retailers lose a further £60m/year from the 116,000t of potatoes wasted due to greening, according to a report by the Waste and Resources Action Programme.

Reducing greening losses in the world’s fourth most important food crop is the aim of a research product being conducted by a consortium including the James Hutton Institute and the University of Southampton.

Project lead investigator Mark Taylor, a senior researcher at the James Hutton institute said that the investigation will bring together the entire supply chain, from producers right through to major retailers.

This is in order to identify conditions for tuber greening at every stage from the field to the consumer’s cupboard.

“This will inform the design of prototype packaging film to reduce greening during storage and in store,” he explained.

Other experiments will harness the capabilities of recently developed potato breeding strategies, he added.

“These will be used to identify markers for genes associated with reduced greening providing the foundation of a longer-term strategy to produce new non-greening potato varieties.”