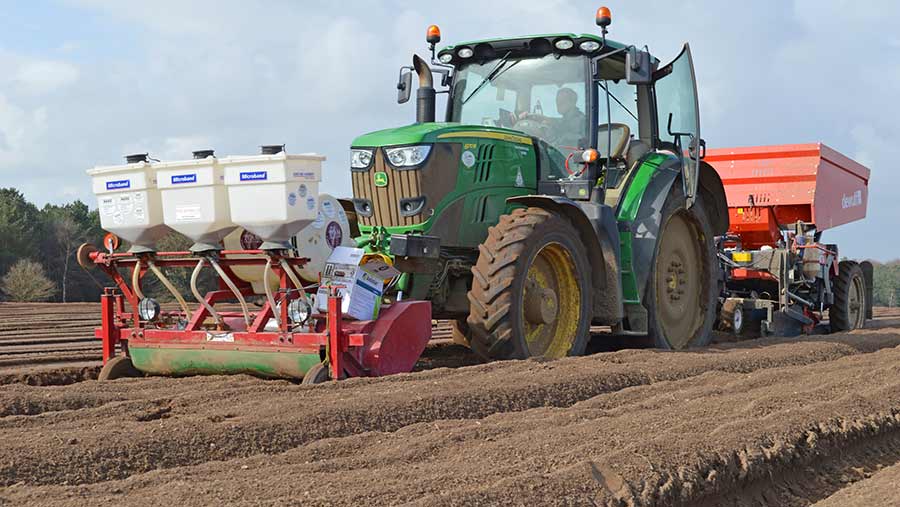 Early potato planting along the Suffolk coast is racing ahead to try and catch up from a wet weather-delayed start with tuber numbers and hence yields feared to be down this season.

Farm manager Tim Pratt says this is the latest start to planting in the 17 years he has been farming in this early potato producing region due to heavy rainfall since December.

The fear is this late start might mean a delayed harvest when early crops from the mild microclimate along this coastal strip of Suffolk look to hit the shops after early potato liftings from Jersey and Cornwall.

He is picking out the very lightest of his light blow-away sandy land to push on with planting to try and still aim for his first harvested crop being lifted in the last few days of May. 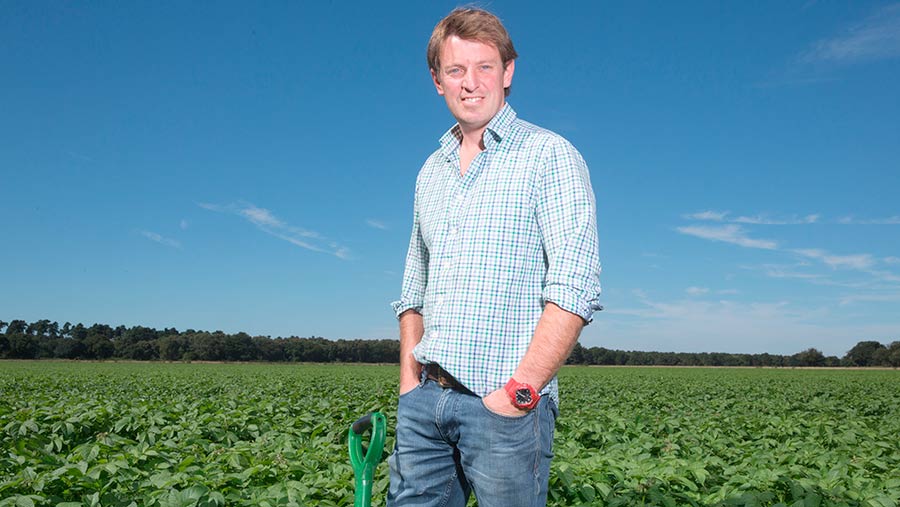 “This is the latest we have ever started, it has been stop-start progress and a matter of picking the lightest land,” he told Farmers Weekly.

“We are planting in not ideal conditions and could see a reduction in tuber numbers which could have an effect on yield,” he said.

“Tuber numbers were good last year, but although it is still very early they could very well be down this year,” he added.

“We have one nice day and then wet again so we have not really had a chance to get going,” he said, on the farm that also grows, carrots, onions, parsnips, swedes, sugar beet, maize and cereals.

Normally, by mid-March the farm is planting carrot, onions and nearly finished and the sugar beet drilling and well on with fertiliser work, but none of this work had start by mid-month.