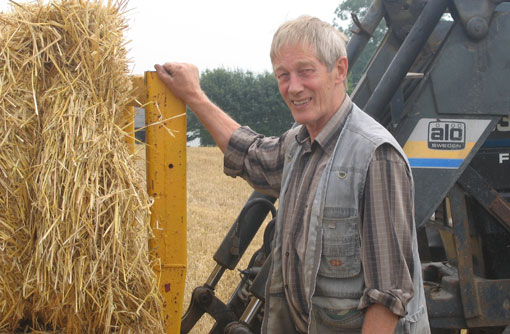 Spring has been very cold and late over here. Grassland farmers are having to feed cattle, and with the recent drop of over 3p/litre in milk prices, it is shaping up for a difficult year for some. Cereals, on the other hand, always seem to yield better after a slow growing year, as low soil temperatures allow maximum time for grain site formation and consequently more grains per ear. Here’s hoping!

Our crops are looking reasonable. Winter barley, drilled in the last week of October, has had its T1, and our Gravitas winter wheat has also had its first fungicide with chlormequat, as the crop is very thick, and in the “at risk” of lodging category.

Spring wheat is the pick of the combinable crops. Our land let out for potatoes is all planted and the forage maize is just peeping through. All in all, at least one farmer is happy.

It is interesting to read that the various sectors in the farming industry in the Republic of Ireland are attempting to draw up a joint voluntary code of practice for the land spreading of broiler litter. This nutrient source has, without doubt, the ability to improve the yield potential of soils if properly applied, and with the proposed incinerator up here in the North looking likely to be refused planning permission, a similar pro active approach is needed. Regrettably, the powers-that-be lack the vision required, and are happier to lecture producers on carbon footprints, while encouraging the importation of finite reserves of NPK. Perhaps our local minister’s “spotters” will read this and she will take up the gauntlet.

Mistake of the Month: Was offered a ticket for the European Rugby Cup Final, but had to refuse due to other commitments. The buzz here is tremendous, and win or lose, I will always regret not being at Twickenham to cheer on Ulster.