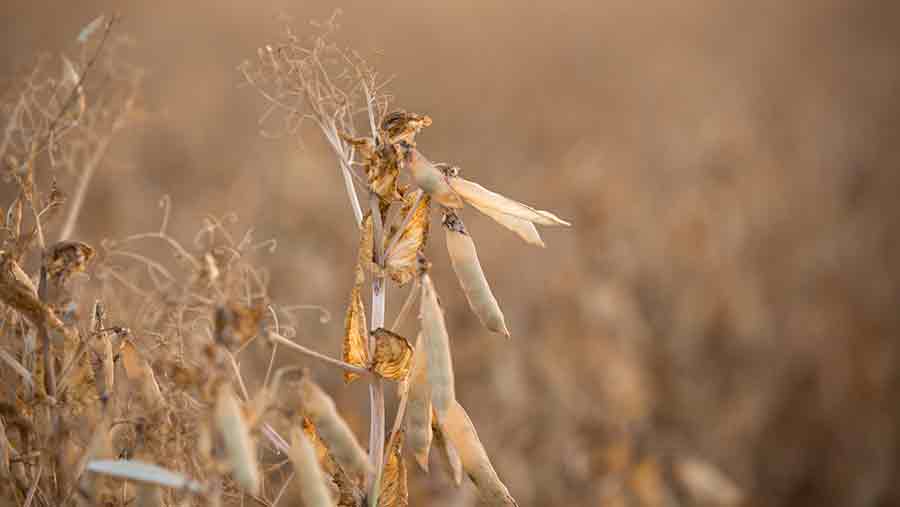 He was speaking at the launch of the 2018 Processors and Growers Research Organisation (PGRO) Recommended List, which saw the chart-topping spring bean variety Lynx gain full recommendation.

Lynx, from LS Plant Breeding (LSPB), topped the pale hilum yield charts at 104% of the control yield set by Fuego and Vertigo.

The variety also boasts a joint-highest resistance rating of 7 against key disease downy mildew alongside new variety on the list Mallory, also from LSPB.

There was a new winter bean variety Vespa from Senova making the recommended list with a yield of 102%.

In the pea category there were four new varieties joining the ranks. Three out of the four newcomers were in the large blue category, with LSPB’s Blueman gaining attention for a chart-topping downy mildew resistance rating of 9.

The variety pays for this robustness against disease with a yield penalty, coming in at 102% of control, 5% behind another newcomer Karioka, from Senova.

The other new large blue was Bluetime from LSPB, while there was a new white-seeded pea variety Manager from KWS on the list.

The PGRO levy organisation representing pulse growers has launched an app designed to transfer pea and bean growing guides from paper to smartphones.

The app, which can be found by searching for “PGRO” in either the Google or Apple app store, is now available to growers.

Having a growing guide that can be updated to respond to changing threats and legislation is not possible with a paper product, said PGRO chief executive Roger Vickers. The new service will also allow growers to feed information back to the PGRO.

As well as containing a comprehensive guide to growing crops, growers can report pests and diseases by submitting a pictures and notes of what they are seeing in the field.