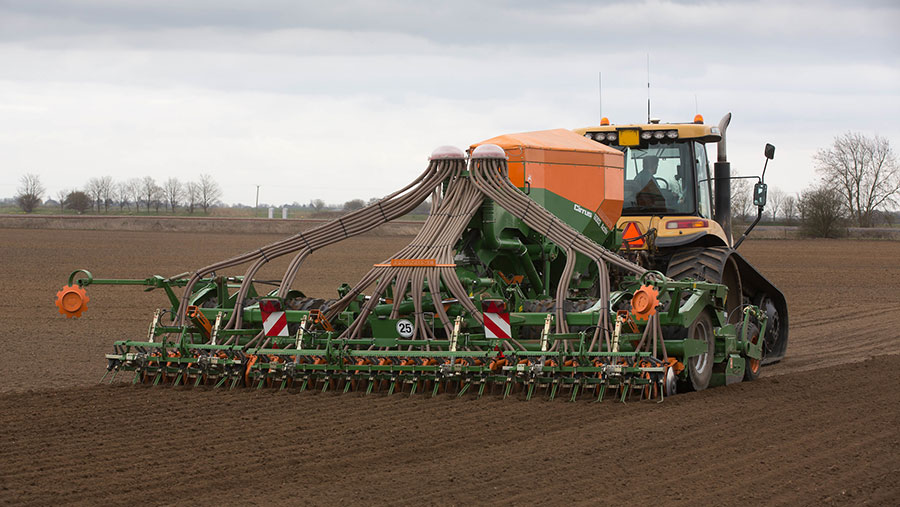 Pea and spring bean growers could benefit from a reduction in insect damage this season, despite their crops being sown far later than first hoped.

These crops need a good seed-bed in order to get a strong establishment, but with the wet start to the year pushing drilling back, there are fears that yields could suffer.

The more positive news for growers is the chances of bruchid beetle damage should be reduced, which will result in crops standing in better stead for meeting standards for human consumption.

The pest’s larvae leaves unsightly holes in beans, which can ruin the potential of crops destined for human consumption, resulting in growers getting feed prices for their crop.

Steve Belcher, principal technical officer at the Processors and Growers Research Organisation (PGRO), says it is possible growers will see a reduction in beetle numbers due to the later drilling.

He was also quick to point out bruchids are influenced by flowering, with the later the crop come into flower then the less the subsequent damage will be from the pest.

As many pea and bean growers will be desperate to get their crops in the ground, Mr Belcher claims there is still plenty time to sow a profitable crop.

“For spring beans, I would say the third week of April is your latest possible time to drill, without suffering too much in yield, and peas a week later.

“However, ideally you’d be looking to get most of it sown mid-March,” he adds.