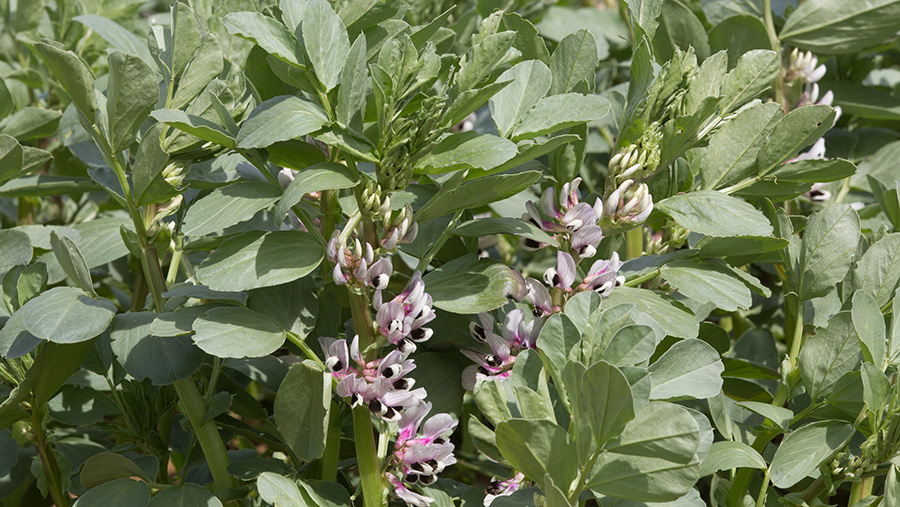 Peas and beans may become more attractive crops to grow under Michael Gove’s new farm strategy after Britain leaves the European Union as they have clear environmental benefits.

These pulse crops require no nitrogen fertiliser, can fix nitrogen from the atmosphere to help following crops, and so can cut greenhouse gases and are seen as low carbon crops.

Defra secretary Mr Gove has outlined a vision of UK farming outside the EU with subsidies linked more closely to environmental benefits, being for the public good and developing a sustainable agriculture.

Roger Vickers, chief executive of the Processors and Growers Research Organisation (PGRO), said pulses will have a strong future in this current political climate.

“If we look at pulses, they tick all the boxes, being environmentally sound, deliver public good and also improve sustainable agriculture,” he said.

The pulse crop area is forecast down 6% this season at 219,000ha due to a poor quality harvest in 2017 and also the need to grow the crop without pesticides, if farmers grow pulses as part of their Ecological Focus Area needed to secure subsidies.

Seed traders say the winter bean crop area is likely to have risen, leaving the spring beans and pea area set to fall. Yet there is great potential to grow more peas and beans to replace imported soya protein used in livestock feed.

One grower who has turned to pulses is Suffolk farm manager Jonathan Drury, who started to grow 150ha of peas three years ago to replace some of his oilseed rape.

Rapeseed yield on the Thurlow Estate’s lighter land had slipped to 3.3t/ha amid damage from cabbage stem flea beetles, so he switched to yellow peas grown for human consumption.

Yields of up to 5t/ha made this pea crop more profitable than oilseed rape, while the spring-sown crop helped with blackgrass control and gave a good entry for winter wheat.

The move helped him widen his oilseed rape rotation to one-in-five years rather than one-in-three to give him a winter wheat-winter barley-oilseed rape-winter wheat-peas rotation on his light land on the 4,400ha estate between Cambridge and Haverhill.

“There is long-term structural demand for vegetable protein in the European Union, and especially the UK,” he said.

Good demand for beans is being seen in the animal feed and fish food industries, as well as strong export demand in Egypt for making falafel.

New crop beans are being indicated at a £15/t premium to November feed wheat futures putting them at £155/t, but growers need to be aiming for human consumption beans to get a £15-£20/t premium, he added.

Peas and beans could become more viable if average yields of about 4t/ha were nearer to the 6-7.5t/ha regularly hit by top growers, while the PGRO say the theoretical crop yield is over 24t/ha.

Mr Vickers said the export demand for beans this season was likely to be good but quality again will be vital, while feed demand is good but will depend on reliability and price.