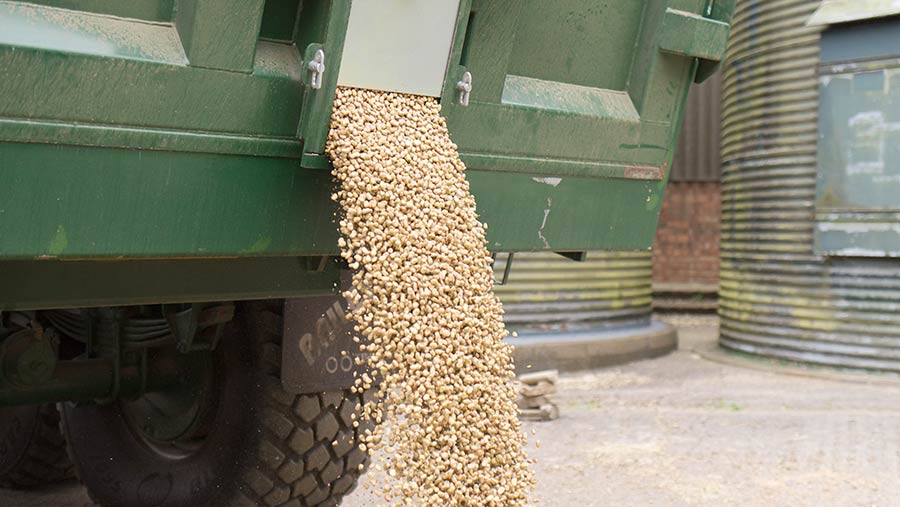 Pulse growers are set to benefit from four useful additions to the Recommended List – two of which are spring beans that increase the performance of pigs and poultry when used in rations instead of conventional beans.

The two pale hilum varieties, Tiffany and Victus, have been specially bred by LSPB to contain lower levels of the anti-nutritive compounds vicine and convicine.

These compounds, when present in high levels, can lead to the health condition “favism” in some people that lack a certain enzyme.

Stephen Belcher of the Processors and Growers Research Organisation (PGRO), which manages the Recommended List, says it may prove valuable in human export markets to North Africa.

“The condition tends to be more prevalent in areas around the Mediterranean,” he says.

But also of interest is that high levels of vicine/covicine also affect the performance of pigs and poultry.

French studies, along with other trials in the UK, showed the benefits of feeding LVC beans to pigs and poultry.

This trait could eventually help bean growers earn more, and Lewis Cotty, pulse trader at Gleadell, believes they could one day command a small premium.

Of the two, Victus is the higher yielding, matching the top-yielding spring variety Lynx at 104%, says Mr Belcher.

“It is early maturing, has a downy mildew resistance score of 6 and has a good thousand seed weight [554g].

The other two additions are both large blue peas. Mankato, from KWS, is a high-yielding large blue just 3% behind the top yielder.

However, Mr Belcher points out that it is a little weak on downy mildew with a rating of 5.

Croft, from LSPB, is 4% lower than the top yielder and has longish straw.

However, its downy mildew rating is as good as the established Daytona and Prophet.

Pulses worth a look next year with strong prices

Strong prices resulting from a tighter pulse market mean they are worth a look for 2019, although seed supply will be a limiting factor for spring beans.

For those struggling to get seed, Lewis Cottey, maize and pulses trader at Gleadell Agriculture, says that peas may be an option, with some good contracts out there, such as marrowfats at £350/t.

One reason for the stronger prices is the lower yields in the challenging 2017-18 season, with spring bean yields down about 40% and winter beans down 20%.

Peas were affected less by the conditions, so were 10% down.

The Baltic States had similar problems to the UK, with yields down 35%.

The other key competitor, Australia, is a quarter through harvest, with forecasts ranging from 10-30% down because of the severe drought.

It means for both feed and human markets, supply is tight and has resulted in a price rally in recent months.

In fact, the North African market is under-supplied despite a relaxing of specs for insect damage.

So what does this mean for next year and should farmers consider peas and beans?

Mr Cottey points out that prices have levelled out at about £220/t, well above the £150/t this time last year.

He believes current levels will be maintained for some time.

“For the human market, it will depend on what happens in Australia,” he says.

With the stronger prices, growers may be tempted back to beans, however, seed availability is going to be a key limitation with the poor yields and hot weather affecting germination rates.

Therefore, he predicts that the bean area will be 5-15% lighter next year.

Similarly, pea prices have risen and Mr Cottey believes they have topped out now, generating some good opportunities for growers next year. 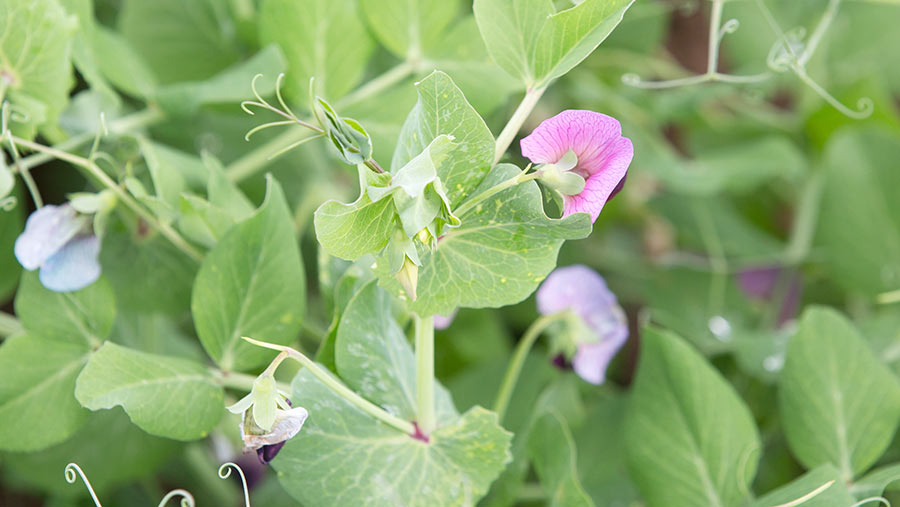 There are currently contracts of £350 ex-farm for marrowfats, which is £75/t up on last year.

Seed availability is less of a problem as they were affected less by the heat.

Consequently, peas could be an option, especially for farmers who lost oilseed rape or flea beetle this autumn.

Pulses UK is the new name for the British Edible Pulses Association (Bepa), which has been relaunched with the aim of encouraging consumers to eat more UK-grown pulses.

Its work has been bolstered by a recently introduced voluntary levy of 10p/t.

Current president Franek Smith adds that it is not just domestic demand, they are also promoting pulses around the world to help drive exports.

The aim is to also to educate the public about the value of pulses, especially with the current rise of veganism and flexitarianism, he says.

“One main reason for the rebrand was that outside of farming, organisations did not know who Bepa was. Pulses UK is a much more obvious brand.”