Achieving a high yield for spring beans requires good plant nutrition, attention to detail and patience, according to a North Yorkshire grower who’s closing in on the holy grail yield of 10t/ha.

Richard Wainwright, who farms a few miles south of the North York Moors near Oswaldkirk, tells Farmers Weekly that spring beans are one of the most profitable break crops grown on the farm. 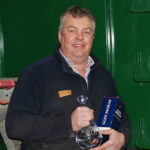 Growing the variety Fanfare, his crop yield last season came in at 6.81t/ha.

While this fell below Birch Farm’s three-year average of 7.73t/ha, it was still enough to see Mr Wainwright scoop the Processors and Growers Research Organisation (PGRO) competition trophy for the top yield of 2016.

In the bumper harvest of 2015, the farm’s average spring bean yield came extremely close to double figures at 9.78t/ha.

Mr Wainwright is no stranger to high yields – he also won a Monsanto oilseed rape yield competition two years ago with a 5.63t/ha crop, keeping his production costs at just over £130/t.

A big part of growing to a successful spring bean crop is getting the basics right, explains Mr Wainwright. 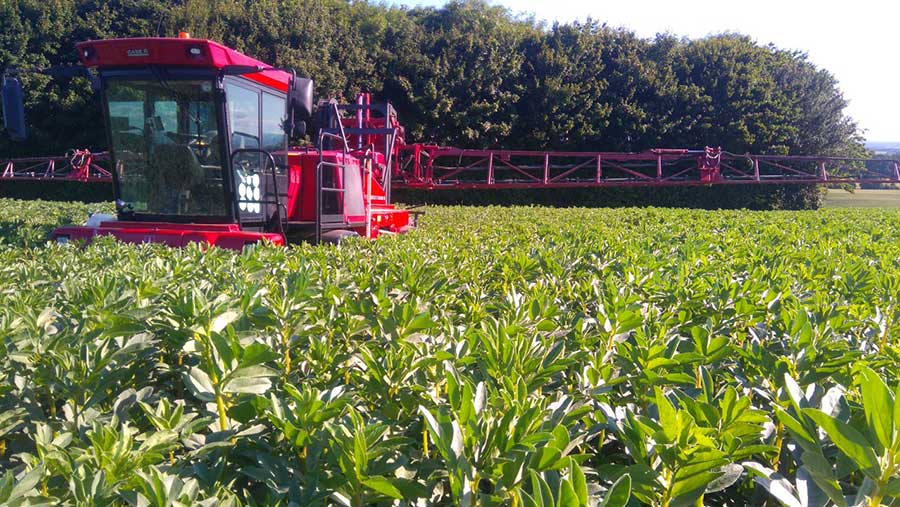 “We’re trying to grow it as a profitable breakcrop, not a “get yourself out of jail” crop. It’s not rocket science, it’s about attention to detail.”

As with all spring crops, getting good establishment from beans is essential and the crop can be sensitive to seed-bed quality, drill depth and compaction, which can hamper plant emergence by up to 40% in dry conditions.

Mr Wainwright says he will aim to drill his 2017 crop in mid-March at the earliest, but is prepared to be patient.

“Cover crops have been sprayed off and we are now just waiting for soil temperatures to rise. You’ve got to get the crop in the ground in good conditions,” he says. 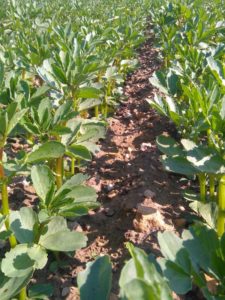 Early sowing is preferable to allow enough time for crops to develop before dry summer weather.

Forcing crops in when soils are too wet or dry, or seed-beds are over-consolidated, will hamstring establishment.

“If you get it wrong and the climate isn’t right then you can be cutting in mid-November rather than September.”

He also notes that earlier drilling, where possible, helps the development of nitrogen-fixing root nodules and means a more friable tilth is left behind for the following crop.

Another key part of hitting high yields is getting the seed rate right, as too thick a crop may mean that lower sections of the plants don’t get enough sunlight to produce decent-sized pods.

Mr Wainwright says he tends to opt for a seed rate for 40-45 seeds/sq m, which he acknowledges is slightly lower than the PGRO’s recommendation of 50-55 seeds/sq m.

“We don’t want to bunch plants up along the row – we want to let more sunlight in to get pods right the way down the plant,” he says.

Mr Wainwright says he is also a big believer in applying a good dose of trace elements, such as boron and sulphur, to help maintain healthy plants, with about £45/ha being spent on crop nutrition on top of the £180/ha spend on sprays.