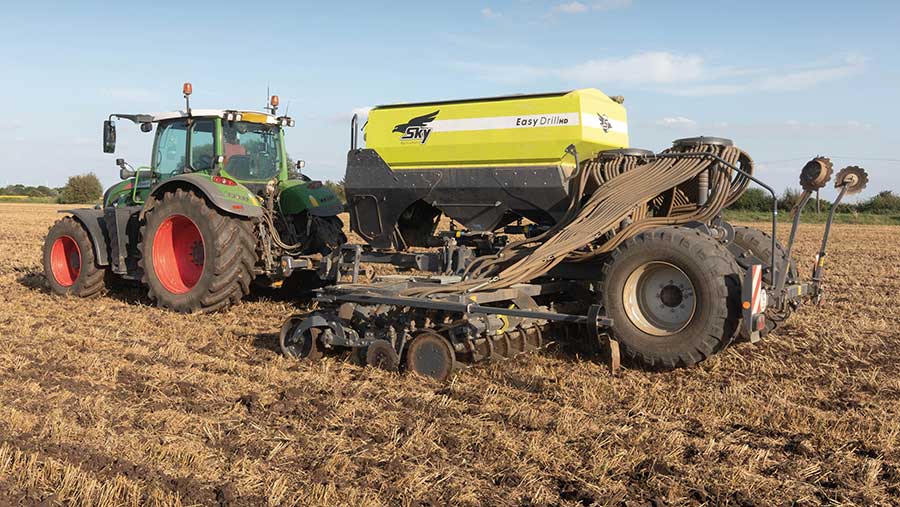 Latest results from the Groundswell benchmarking group show that everything is lower in a regenerative agriculture system, except for the all-important net margin.

Variable costs are 18% lower, while labour and machinery costs are down by 32%, reports Gary Markham of Land Family Business, who runs the Groundswell Benchmarking Group.

However, so too are yields and crop gross margins – with the average output being 21% lower and gross margin falling by 24%.

Now in its fourth year, the group consists of 15 farms which have adopted the technique, with the results still showing huge variation.

Mr Markham also benchmarks conventional farming systems through the company’s client base, so has a comparison.

“What’s important from the most recent 2020 harvest results is that the regenerative agriculture net margin after labour and machinery costs is higher,” he confirms.

“When you look at their arable farming activities alone, the Groundswell group achieved £27/ha, while those with conventional systems ended up with £7/ha.”

Mr Markham points out that the main cause of lack of profitability on arable farms is machinery costs, particularly depreciation.

“Machinery capital is the largest cost in the arable sector and it’s something which must be addressed as BPS [Basic Payment Scheme] reductions start to bite,” he says.

As a result, he has developed a key performance indicator of machinery capital per tonne of winter wheat, which he has applied to both conventional and regenerative agriculture systems.

His results show that the Groundswell group achieved an average machinery capital per tonne of £74, while the same indicator in a conventional system was £91.

“That difference has been around £20-30/t for the last four harvests. It’s a much better measure than cost of production per tonne, which is no longer relevant.”

In practice, it means that a 320ha farm has £100,000 less capital tied up in variable costs and machinery, he added.

Looking ahead, Mr Markham suggests that collaboration will be important for all farm businesses, regardless of the farming system used.

“The loss of BPS is going to force collaboration – with farmers sharing machinery and then share farming their crops, rather than contract farming. This will help with personal wellbeing just as much as financial efficiency.” 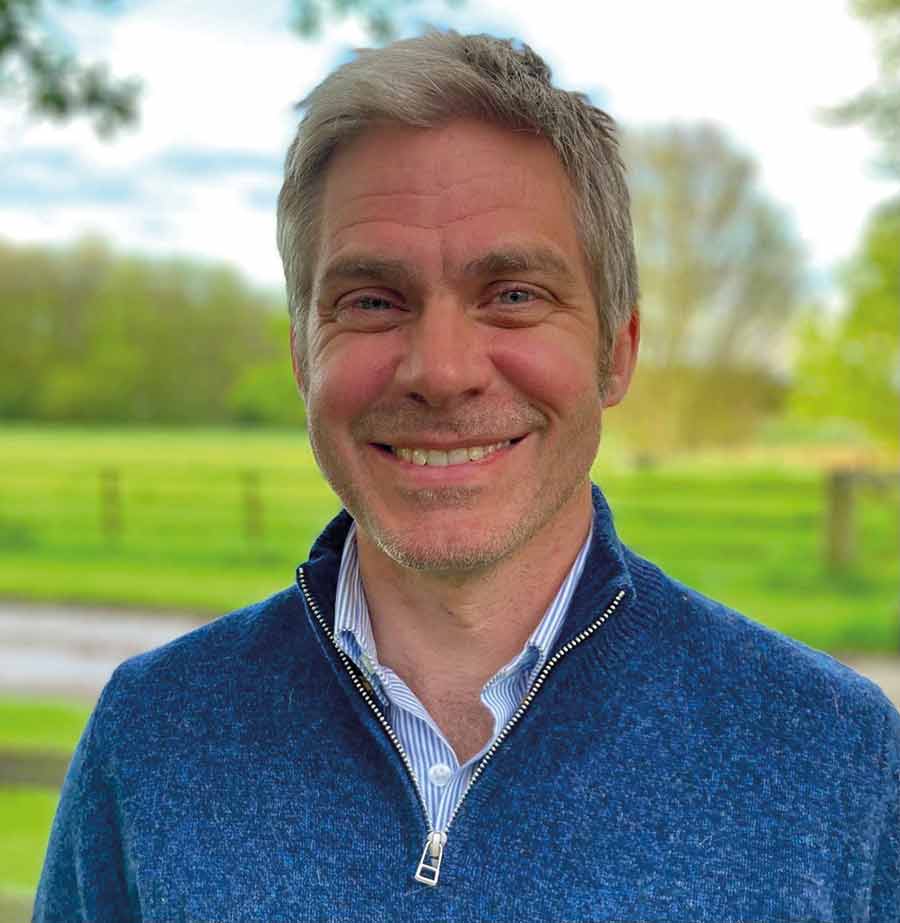 Bedfordshire farm manager Mike Purnell, who oversees a farming system that has been regenerative for the past six years, doesn’t accept that output has to be lower.

Having improved the soils on the 1,000ha farm, his aim is to produce the same yields as before, but at a lower cost.

Both the wheat and oilseed rape crops grown on the farm are already carbon negative – with the use of nitrogen falling as soil organic matter has risen, organic manures are exploited and other techniques such as cover crops and clover under leys are used.

Some inputs have been eliminated, others are being reduced and fuel use has dropped, but he is still aiming to produce 9t/ha with milling wheats, which are the backbone of an eight-year rotation.

He does, however, agree that it is too easy to collect machinery on a farm and while horsepower has been slimmed, depreciation is always a threat – especially as he has bought a new self-propelled sprayer this year.

Mr Purnell finds benchmarking very useful and stresses that a regenerative system has to stack up against the rest of the industry, which is why he views any government funding as an extra.

“The farm has to wash its face, so we have always budgeted without including the BPS,” he says.

“The discussions that we have in the benchmarking group are as beneficial as the figures. We are all learning and improving, with soils being the central component.” 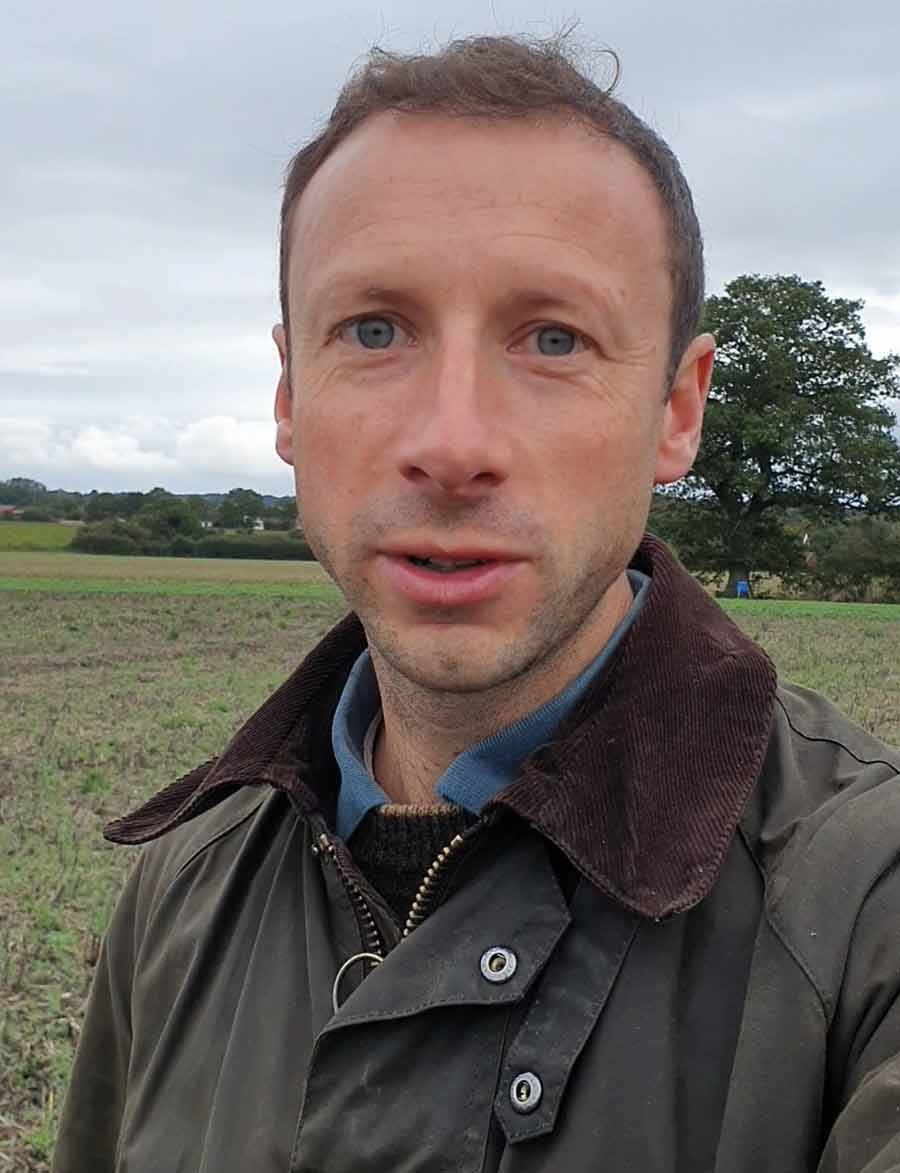 The numbers are only part of the story, believes Groundswell benchmarking participant Rob Raven, who started his no-till journey 15 years ago on his 625ha home farm.

Now farming over 4,000ha through contract farming and farm management services, he appreciates the support that a benchmarking group can bring, as he continues to look for ways to improve.

Understanding why the figures are high or low and what can be done to improve them is important, he says, as the system is more than just saving money.

“When you start out, you do wonder whether you can make it work,” he admits. “Once you see savings of £100/ha on fixed costs and another £100/ha on variable costs, you know you’re on the right track.”

He was considered an oddity by his farming neighbours for a while, as his fields looked different to theirs and, early in a crop’s life, it could be difficult to identify what was being grown. 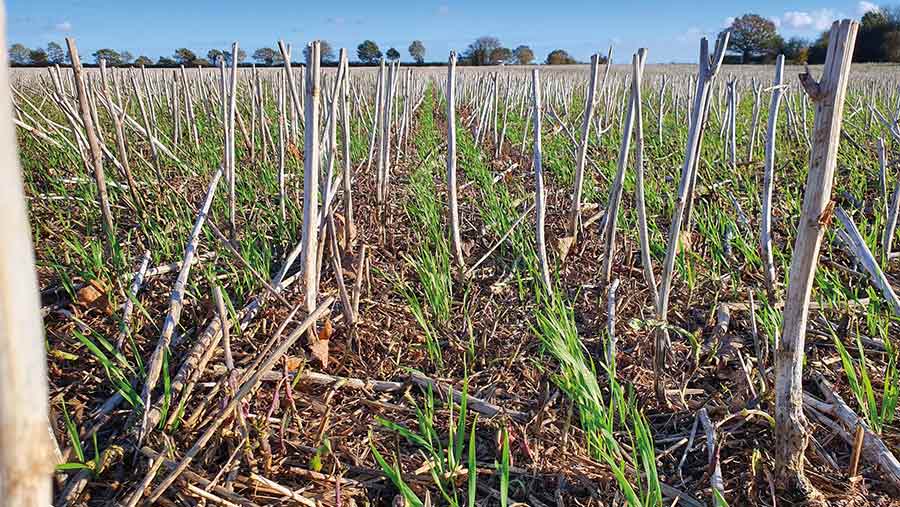 Employing an agronomist who was committed to his plans was a turning point, he recalls.

With inputs, Mr Raven aims to only apply what he needs to, where it’s required. “We’ve made big inroads and that is continuing. We deliberately undershoot with nitrogen so that we can reduce disease risks and save on fungicides.”

He also points out that he can now drill the farm in four to five days. There’s no fixed rotation, but winter wheat is a mainstay and oilseed rape is grown on a low-risk, low-cost basis.

With no second wheats, he also grows beans, linseed, both spring and winter barley, and rye.

In the future, he hopes to make good use of collaboration to pool resources and bring further economies. “We have great discussions in our benchmarking group meetings and everyone’s results are starting to get better.”