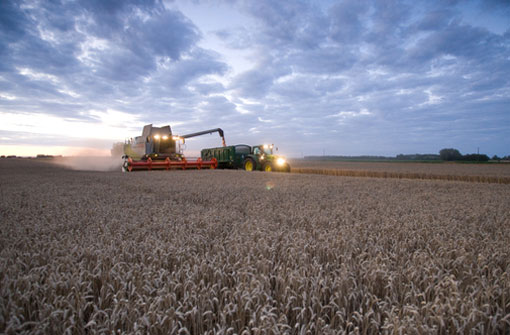 A grower looking for a variety this autumn that delivers consistent yield, offers great potential as a second wheat and has excellent disease resistance need look no further than the Group 4 hard milling variety Relay.

Add to that valuable suppression of blackgrass and you have a farmer-friendly variety that won’t cause many challenges, according to Agrii’s David Neale.

Relay’s prostrate growth habit and good early vigour is particularly suited to competing with grassweeds, and with herbicide chemistry performing poorly in some situations, growers need to consider cultural controls to suppress populations early in the season.

“We can halve blackgrass numbers by managing variety, adjusting seed rate and drilling date, so growers can start the season with the best chance of getting on top of it.”

Relay can be drilled a bit later, allowing time to achieve a stale seed-bed, it is a more competitive variety and it tillers well, which suits in terms of grassweed suppression, he adds.

“Relay gives growers a total package of yield, bushel weight, second wheat option and disease resistance. It is the dark horse in terms of coping with yellow rust breakdown.” It is looking strong and handling current yellow rust pressure well in comparison with other varieties this season in Agrii trials and offers a valuable yellow rust diversification option, he says.

“We can halve blackgrass numbers by managing variety, adjusting seed rate and drilling date, so growers can start the season with the best chance of getting on top of it.”
David Neale

Therefore, if there is a rust mutation that evades the gene which confers the 9 rating, there is a backup to prevent breakdown in the field.

Relay doesn’t have anything outstanding against the other foliar diseases, septoria or brown rust, rated 6 and 5, respectively, on the Recommended List, yet it is holding up to the challenge this year in Agrii’s trials, says Mr Neale.

Its fusarium rating of 7 is useful with the on-going wet weather this year, he adds.

Relay has short, stiff straw and is middle of the pack in terms of maturity. In Agrii’s trials last year, it was in the top five varieties for yield at 2-3% across soil types and regions, and it coped well with dry conditions.

It is this consistency under a range of conditions that makes Relay a successful second wheat, says Mr Flatman. It can cope with less than ideal situations. At 106% of controls in RL trials, it sits 2% behind KWS Gator and KWS Santiago, but on-farm that difference in yield is more than made up for because it is a more manageable variety.

Relay’s grain quality is also very good, with a high specific weight and hagberg falling number, 269 on the RL. “The hagberg indicates that Relay has good resistance to sprouting, which is still an advantage in a feed wheat.” This combined with its early to mid-maturity gives growers greater flexibility and security, especially if harvest conditions are difficult, he adds.

Peter Onions is trialling Relay for the first year on his farm having seen the variety in trials and been encouraged by its disease resistance.

Mr Onions has grown primarily Xi19, Solstice and Gallant milling wheats and Zircon for the specialist market in the past on his 160ha farm near Newark. But two years ago he introduced Warrior into the rotation, followed by Relay this year.

“I saw Relay in trials last year and was impressed by its fantastic disease resistance. We have it in two situations, as a fourth and second wheat on medium to heavy land,” he explains.

It was drilled in the second week of October, allowing plenty of time for stale seed-bed preparation. Although blackgrass pressure is not high on the farm, efficacy of Atlantis (iodosulfuron + mesosulfuron) has dropped, and with Relay’s excellent ground cover, he believes it will be a valuable tool to help suppress the weed.