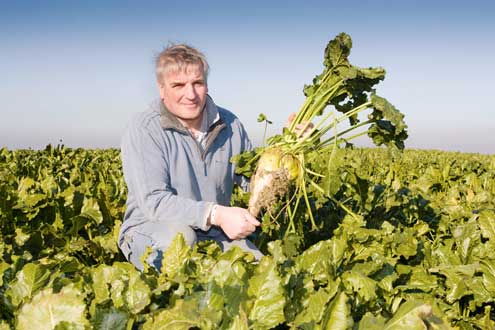 Work continues apace on the farms – sugar beet harvesting will start in the next two weeks and preparations are being made for the Royston and District Ploughing Match, where three of the farm’s staff will compete. I will be concentrating on the hay, root and corn show entries. This remains a very important day in the local farming calendar.

During the past two weeks there have been many events to attend off the farm. The industry had an excellent night at the Farmers Weekly Awards, with congratulations going to Guy Poskitt, who was the overall winner for the year and another well-kept secret was the presenter of the awards, Lord Sebastian Coe. Since 2006, the numbers attending the event have risen from 400 to 1,300.

A visit to speak at a fringe meeting of the Conservative Party conference was another first. The subject was “Science in Agriculture”, and the panel stressed the importance of research and development to meet increasing demand for food in a sustainable manner. This meeting was held in the “secure ring” and what struck me during my visit was the presence and influence of the lobbyists at these events, who all had stands and were pouncing on any MP who would give them a hearing.

I also went back to my old seat of learning, Harper Adams University College, to speak to the students. It is some years since my last visit and the college has mushroomed in that time. Today there are more staff at the college than there were students when I attended and while we had the choice of three courses there are now more than 40 to choose from. I may be making more visits in the not too distant future, as my oldest, Anna, has expressed an interest in studying at Harper, although it may involve less “hands-on agriculture” than her father did.

Many thanks for all the enquiries about my return to the rugby pitch, three cheers for Ibuprofen.