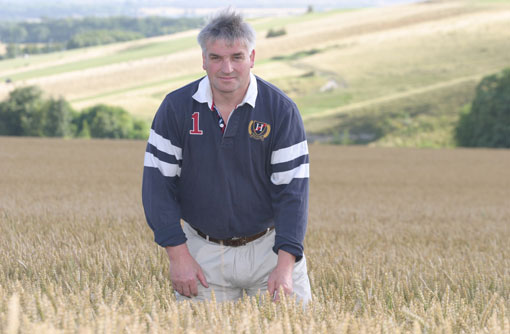 The decision we took over a year ago to put the farm’s tractors and forklifts on warranty and service packages for the time they are on our farms has already paid for itself. At the time when I paid up front, it all took a bit of swallowing.

But last month when one of our Fendt 820’s had a major transmission failure at only 1,400hrs, we have managed to avoid what would have been a five-figure sum to have it fixed. A colleague with the same tractor at a similar number of hours, who had the same problem recently, has been left scratching his head when faced with the costs of sorting it all out.

Last month we had the annual task of getting our 24m Kuhn Aero pneumatic spreader into the workshop and preparing it for another season of top dressing. Each year as the machine ages it is costing more to put it through its annual overhaul. These spreaders have not been made for a number of years and are still very sought after, a fact born out by the values they have been attracting at recent farm sales.

In the next two years we are probably going to have to come to a decision on our future nitrogen application policy. Having the Kuhn has allowed us to use lower grade and imported nitrogen. We have used spinners in the past, but with the exposed nature of our fields and the fact that almost all our fields have 6m margins, hedges or other habitats around them made them unsuitable for our farming system.

The way forward may then be down the liquid route which would allow us to increase our tramline width up to 30m or more, but would mean increasing the workload on one sprayer and raising the unit nitrogen costs over what we are paying at the moment.