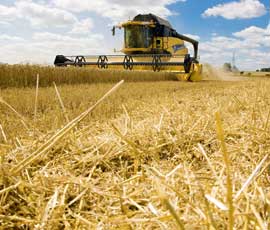 Britain could get its first field trial of autumn-sown GM wheat if plans by Rothamsted Research come to fruition.

Scientists at Rothamsted are mulling over a proposal to apply for permission to replicate its GM trial of Cadenza wheat plants engineered to repel aphids – a major crop pest – that was sown last spring.

A Rothamsted Research spokesman said discussions among scientists about the new trial were ongoing, but still at an early stage.

“The majority of wheat grown in this country is winter wheat. We sowed a GM spring wheat trial last year because it fitted the experiment protocol in terms of timing,” said the company spokesman.

“Feedback we have received from farmers and members of the public has questioned whether it would be better to trial GM winter wheat, because it is more appropriate to this country.

“We have raised the question as to whether we can plant this experiment in addition to the spring wheat trial.”

Rothamsted would have to apply to DEFRA for permission to conduct the trial. The independent expert group, the Advisory Committee of Releases to the Environment (ACRE), would evaluate the application, which would then be opened to a public consultation.

If the application process is successful, the trial will receive the green light. However, although the spring GM wheat trial is part of a five-year project, Rothamsted has not confirmed when it would like the autumn-sown trial to begin.

The field trial of GM wheat started last spring at Rothamsted’s headquarters in Harpenden, Hertfordshire. The trial will be repeated this spring.