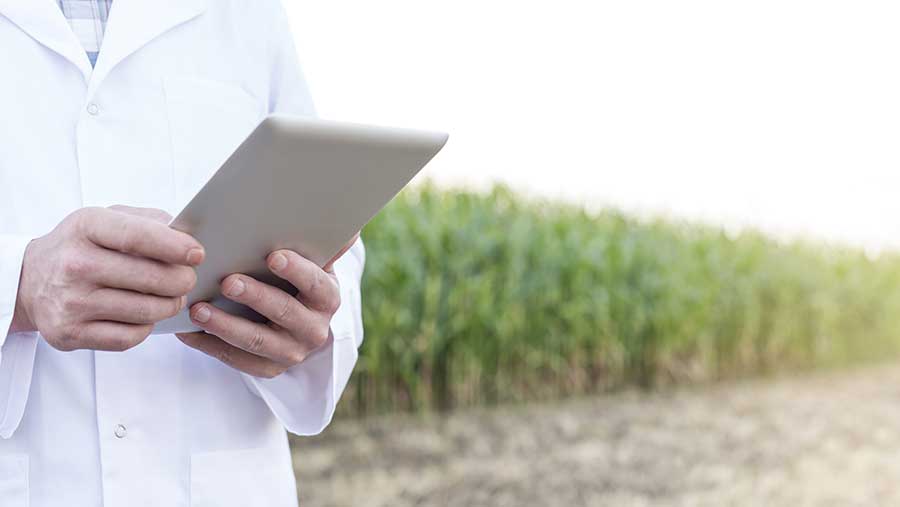 These will include developing superior crops with key genetic traits, finding better way to control pests, and making farming more productive and efficient.

The world’s oldest agricultural research institute aims to work from gene to field, using its breadth and depth so it aligns research objectives with the realities of farming.

See also: Rothamsted boss on how to get research on farms faster

It will also share its outputs nationally and internationally in a programme of research, as it moves towards “lean science”.

Achim Dobermann, director and chief executive of the institute, explained at the launch of its vision the institute’s purpose was to use fresh thinking to bring science and innovation together.

“This combination will benefit farmers and communities worldwide by securing food production and protecting the environment.

“Food for a new generation has to be safe and secure, competitive and sustainable,” he said.

The intention is for Rothamsted to retain its place at the forefront of agricultural science, both in the UK and worldwide, despite unprecedented international uncertainty.

The institute has some of the world’s leading experts and state-of-the-art specialist science facilities, in two campuses across four sites, with three unique national capabilities.

“With £35m/year of funding and a range of partnerships in place, we are well placed to respond to the pressures driving change around the world and to contribute to solutions,” he said.

Rothamsted will also extend its knowledge sharing and business development opportunities to create new mechanisms and become a vibrant hub for agriculture.

“Our aim is to get farms to achieve at least 80% of their attainable potential,” he added.

As a result, Rothamsted is introducing three big science portfolios:

Those portfolios will be used to address the following six key challenges:

Superior crops is already designing future wheat by looking for the next generation of key traits.

Led by Malcom Hawkesford, it has already been able to supply commercial plant breeders with a toolkit of novel wheat germplasm, containing 96 pre-breeding varieties, for use in their own programmes.

Colleagues are working with genetically modified camelina to produce speciality oils and waxes, as well as with conventional willow varieties to exploit their chemical diversity before they are used as biomass fuel.

In addition, Jonathan Napier has developed genetically modified camelina plants which contain omega-3 fatty acids, so the crop can be used to alleviate some of the pressure on the fish-farming industry to supply rising demand for fish oils.

Securing productivity is working to deliver more targeted and sustainable crop protection, under the leadership of Paul Neve.

The work covers detection, prediction, control and integration – with new technology such as radars being used in conjunction with modelling and biological control methods, to improve the control of weeds, pests and diseases.

Ecosystems are also being investigated, so “natural capital” can be exploited and used to replace some agrochemical use.

Future agri-food systems is testing and developing innovative farming systems, by setting up a network of study farms to understand yield gaps and test solutions that integrate biodiversity with production.

Associated research programmes are exploring ways of improving soil health and structure, as well as raising the nutritional quality of produce.