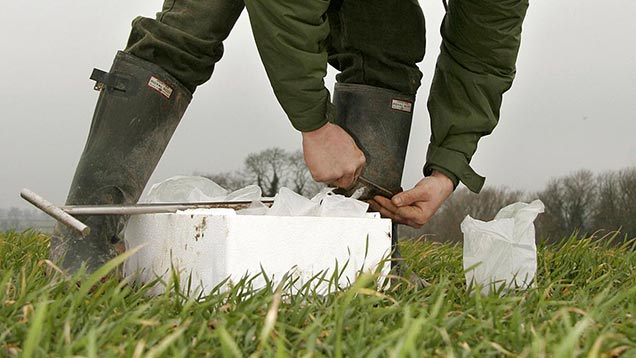 Scottish farmers will be required to soil test all their improved agricultural land, according to plans announced by the Scottish government.

Aileen McLeod, minister for environment, climate change and land reform, said the government would be putting aside £200,000 in 2015 to get the initiative started.

The money would be used to set up a database for the testing and not for funding the soil tests.

The plans would require testing on all improved agricultural land. Livestock farmers would need to test soil pH every five to six years, and for arable farmers, potassium and phosphorous.

Speaking at the Royal Highland Show, Dr McLeod explained that compulsory soil testing formed part of the government’s plans to cut carbon emissions in the country.

She said: “In Scotland we are well on track to cut carbon emissions by 42% by 2020. But we all have to do our bit and farmers have a key role to play in helping mitigate the effects of climate change.

“In Scotland, agriculture accounts for one-quarter of all emissions, with 12.5mt of carbon dioxide equivalent emitted every year from agriculture alone,” she said.

Dr McLeod said excess nitrogen fertiliser being applied to land was adding to emissions as nitrous oxide and nitrates leaching into water.

“Soil testing will highlight how to avoid losses and cost-effective ways of improving efficiency and reducing emissions.”

For farmers already soil testing, Dr McLeod confirmed there would be no additional requirements, as long as tests had be taken in the past five years and by an approved company.