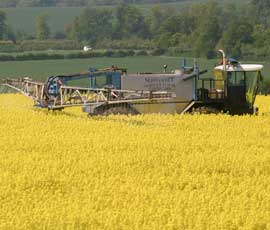 A scheme has been launched with the aim of encouraging young people into a new career in independent agronomy.

Responding to a critical shortage of young people in the industry, the Association of Independent Crop Consultants is spearheading a new programme designed to provide training, experience and qualifications to the agronomists of the future.

The collaboration between MDS, Syngenta, PGRO and Harper Adams will offer graduates a three-year scheme consisting of paid practical placements in addition to more formal qualifications such as BASIS and FACTS

AICC is keen to address the issue of succession within the industry, says its chief executive officer Sarah Cowlrick. “There are insufficient young people entering a career in agronomy.

“We have well over 200 members and for them, planning for retirement can be difficult if there is no-one to take over their business and customers.”

CEO of the PGRO, Salvador Potter, adds: “Attracting skilled new staff into crucial technical roles is a constant challenge in an industry like ours”.

Helping to administrate the scheme is recruitment and training organisation MDS. “We are using our experience from nearly 25 years in the fresh produce industry to develop a more arable-focussed option with industry partners,” says chairman, Doug Henderson.

The programme consists of secondments to management positions in industry, focussing more heavily on agronomy in the third year.

Candidates are likely to have a degree in a land based, food or scientific discipline and the first graduates starting the scheme this October.