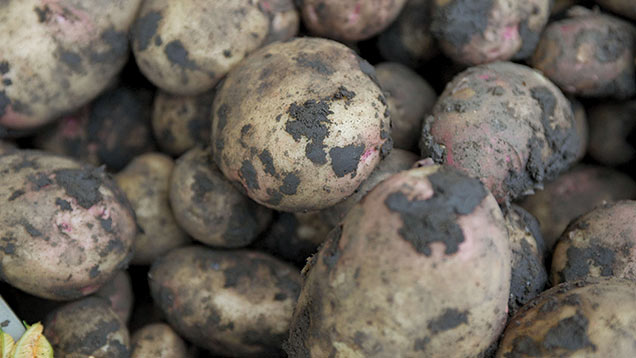 Combining the skills and expertise of two Scottish farm businesses allowed them to launch a new premium range of potato crisps.

The outcome of talks between the two parties was Mackie’s at Taypack, which now has an annual turnover of £5.2m, with crisps sold in 20 countries. The business and is on target to reach £20m by 2020.

The crisps are made in Scotland following a “plough-to-pack” philosophy that gives the product the provenance and quality consumers are demanding, says managing director George Taylor.

“We’ve been able to use Scottish potatoes to produce a premium crisp product – something that wasn’t on offer before,” he adds.

“It’s important to have a pipeline of varieties. We’re looking for types that are suitable for crisping, but that are also easy to grow and help overcome some of the agronomic challenges farmers are up against.”
George Taylor, Mackie’s managing director

“As a result, the crisps are now available in all the UK supermarkets except Marks and Spencer, and have also developed a customer appreciation in other parts of the world,” Mr Taylor adds.

Together, the two businesses had the skills to get the enterprise up and running within a fairly short timescale, moving to a new factory and 4.5ha production site between Dundee and Perth in 2013.

“It gives a less oily, drier texture and the end result is a crisp with a potato taste and a definite crunch,” he adds.

High-oleic sunflower oil is an important constituent of the frying process. “We have tried replacing that with rapeseed oil, but it doesn’t work. The final product isn’t as good,” he adds.

For this reason, a £60,000/year investment is made into a potato breeding programme, which is run by the James Hutton Institute in Scotland.

“It’s important to have a pipeline of varieties. We’re looking for types that are suitable for crisping, but that are also easy to grow and help overcome some of the agronomic challenges farmers are up against.”

While some of the Mackie’s crisp flavours are traditional, others bring a Scottish feel to the range such as haggis and whisky.

“Canada is one of our best overseas markets, but others are catching up fast. Our most recent market gain is China,” he says.