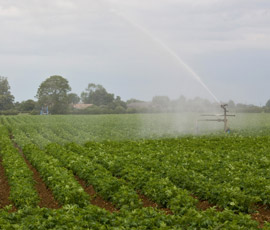 The 2011-12 post-harvest tuber survey for Dickeya solani in the Scottish potato crop has found no signs of infection.

This is good news for Scottish breeders and British growers as Dickeya solani can have potentially devastating consequences for potato crops and seed exports. It was directly responsible for £22m of losses in the Dutch potato industry in 2007.

In response to the threat, the Scottish government launched a zero-tolerance policy and monitoring programme as part of the Scottish Seed Potato Classification Scheme (SPCS).

In total, 325 samples were taken from 323 seed and ware potato stocks last season. Sampling was carried out on a risk basis, targeting stocks that held the greatest chance of carrying or becoming infected by Dickeya solani.