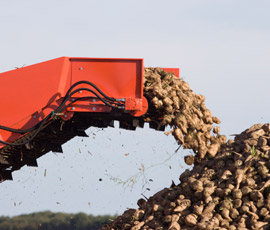 Speaking at the International Sugar Organisation conference in London on Tuesday (29 November), Mr Paice argued that removing import barriers for sugar from 2015 would bring huge benefits to the country.

Current limits on production of European sugar beet, and tariffs on imports of cane sugar, were exacerbating shortages, artificially inflating prices and blocking Britain’s businesses from taking advantage of the soaring global demand, he said.

“But they must be allowed to take advantage of these opportunities by a system that actually promotes growth and efficiency instead of doing the opposite.

“That’s why I believe scrapping the anti-competitive beet sugar quotas is necessary, along with trade liberalisation, to increase sugar production, stop shortages and bring down the artificially high prices.”

However, after listening to Mr Paice’s speech, NFU sugar board chairman William Martin branded his views on sugar quotas as “misguided”.

He said: “Mr Paice is explicitly linking the relaxation of trade rules, and specifically, the import tariffs on sugar to the reform of CAP and the sugar regime.

But Mr Martin said he was “not completely against” the idea of scrapping quotas in the long term.

“We would need more time to reinvest in our production capacity – 2015 is too early,” he said.

“Otherwise, countries like France, which proportionately have not reduced their capacity to the extent that we have, would benefit.”

Global demand for sugar is soaring, with the OECD saying that global consumption has risen to 165m tonnes a year. But there have been significant shortages of sugar across Europe over the past year.

DEFRA said the shortages were being exacerbated by strict EU regulations, which limit imports of cane sugar to some developing countries and were preventing European farmers from growing more sugar beet.

“This has pushed up prices for manufacturers and consumers to very high levels, and Britain’s food and drink industry has been particularly affected,” a DEFRA spokesman said.