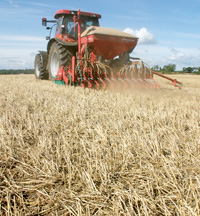 In well run comparative trials it should shed little yield between the first and second sowing slots. “But it must also have an inherently high yield as a second wheat,” he stresses. “The latter is obvious from a gross margin viewpoint, while the former suggests reliability over sites and seasons, helping counter complaints that ‘it was a poor second wheat variety/year’.”

Comparative data are available from the HGCA, he adds. “But more trials are needed.”

Good high yielding second wheat examples are Battalion, Duxford, Grafton and JB Diego. Although Oakley in absolute yield terms seems to offer good gross margin potential as a second wheat, its output drop between first and second sowings is similar to that of Alchemy, Robigus and Viscount, says Mr Jeffes.

“That’s not to say that growing Oakley or Viscount as a second wheat is wrong or will result in financial disaster. It’s just that growers might expect more variable performance from these varieties as second wheats over sites and seasons.”

“Panorama has a poor eyespot score of 4 compared with Scout at 9, but both show a similar yield drop when grown as second wheats. However, eyespot is undoubtedly more of a problem in second wheats, so I prefer to see high rather than low scores for this characteristic.”

Second wheats are normally sown later than firsts, so there is less time for them to tiller before temperatures drop, hence the advice to increase seed rates as drilling gets later.

“But it could be argued that wheats which are slow to develop in spring, and so have more time to develop tillers before going reproductive, could compensate better for lower ear numbers than varieties which move to GS 31 more quickly. This theory works with Duxford, Diego and Deben, but doesn’t with Claire, Alchemy or Battalion. But, as with eyespot resistance, it’s something worth considering.”

Inherently high specific weight undoubtedly helps counter potential quality penalties in second wheats, he adds. “They generally have lower specific weights than first wheats, so you have more in hand before penalties kick in.”

So should growers being more careful when choosing second wheats? “Within reason, yes,” he replies. “But some ‘good’ second wheats – for example, Battalion – are relatively poor yielders as first wheats; and some growers might not want too much of a spread of varieties for storage, overall management and/or marketing reasons.

“So if someone wanted to drill Oakley after Oakley to keep their system simple, I wouldn’t get too upset, although I’d rather they grew Grafton or Duxford, which should reliably give them a better second slot yield.

“I’d like to see more overall planning on how second wheats fit into the rotation, and how they might affect storage, management and marketing strategies – it’s complicated, but certainly not impossible.”

Rothamsted WGIN work suggesting that some first wheat varieties generate more take-all than others in following wheats, whatever the variety, also needs bearing in mind, he says.

HGCA information on variety choice is only the start, he advises. Interpretive discussions with consultants and agronomists, in the context of overall farm management and gross margins, should help fine-tune decisions.

“Listening to other farmers is also quite useful to get some measure of second wheat variety performance. Then think about agronomic aspects. The sowing date, being generally later, means using a higher seed rate so stiff straw will probably be advantageous. And consider using seed treatments and more early nitrogen to ensure tiller survival.” 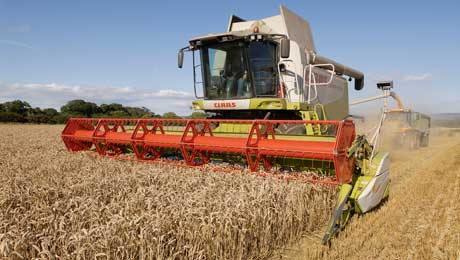 What makes a good second wheat?

“Growing first wheats is easy,” he says. “What makes or breaks you overall is the performance of your second wheats, and I’m amazed at how simplistically some people choose their second wheat varieties.”

Mr Angus admits the information available to help is relatively sparse as most HGCA Recommended List trials are based on first wheat sowings. “Only five of the 30 or so RL trials are on second wheat sites. So people are drawn into the trap of basing their choices on limited data. We need more and better second wheat trials to identify the really good performers for farmers.”

There are, however, useful rules of thumb to guide them, he maintains. “First, look at the variety’s pedigree. It’s something farmers don’t tend to do. Remember, you can’t make a racehorse out of two donkeys.”

Claire rarely performed well in the second slot, so the probability that its offspring may do so is low, he explains. Robigus is widely acknowledged as a poor second wheat, and even breeder KWS notes that it should “really only be grown as a first wheat.”

Xi19 and its sister line Scorpion 25 derivatives do seem to bring something to second-wheat performance,” says Mr Angus. “So parents do matter.”

New varieties can bring valuable traits with them – in the case of Robigus it was orange blossom midge resistance. “But they often also carry some unwelcome baggage with them, such as major genes for disease resistance, which are often short-lived, and eyespot susceptibility.” The latter is particularly undesirable in varieties grown as second wheats, he points out.

“Our job as breeders is to look at the genetic resources available, their upsides and downsides, and combine the best; and we’re gradually getting more sophisticated techniques to pare them down to the traits we want. Every year we get crops of the same variety performing radically differently depending on whether they’re in the first or second slot.”

Many of this season’s second-slot crops looked bleached in the run up to harvest as they succumbed to what the French call píetin-echaudage, or second wheat syndrome. “It’s caused by a complex of things, not just eyespot, and crops effectively just fall apart.

“The strange thing is that both types of eyespot resistance – that from Cappelle-Deprez and VPM, often known as the Rendezvous type – originated in France. The French ‘invented’ it, but their crops don’t seem to suffer much. But, then, they don’t grow as many second wheats and they tend to drill later than we do.”

One exception to the “UK-bred is best” second rule of thumb appears to be the German variety JB Diego, he says. “It does do well as a second wheat, probably because of the emphasis in that country put on breeding for eyespot and its slightly longer straw.”

That also fits in with his third rule, which involves straw length. “Here it’s really a case of the taller the better.”

Tall varieties like Deben and Istabraq are both relatively better performers as second wheats, he notes. “The theory is that what’s above ground is reflected in what’s below, and a new NIAB project on rooting that’s in the pipeline hopes to examine that.

“There’s a lot of interest is seeing how different rooting structures contribute to performance. We’ve always known that in a drought the taller varieties do better.” Second wheats often have diseased roots, which restrict nutrient and water uptake, he notes. “It’s a drought equivalent.”

With so many Robigus offspring in the pipeline, Mr Angus says there is plenty of interest in the role of seed treatments. “The question is can we turn a poor second wheat into a good one by using seed treatment?”

A Nickerson trial on a field badly infested with take-all examined the performance of six varieties each with and without one of six treatments. The differences in appearance at ear emergence were dramatic, with some treated varieties remaining green and others dying (see picture).

“Latitude kept them green right down to the ground. But when we combined them it was crystal clear that variety was the most important factor in driving yields. Seed treatments can enhance performance, but sowing the right variety is critical.”