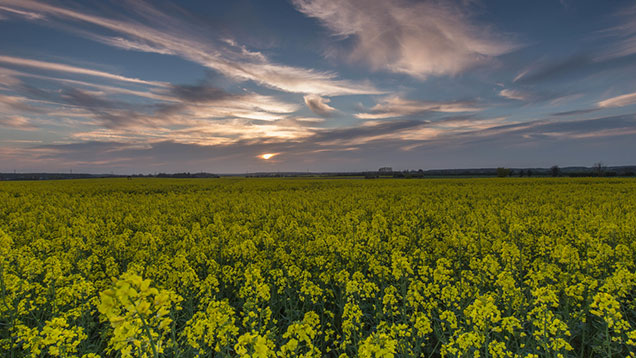 Greater attention to seed-bed quality and selecting more vigorous varieties could hold the key to battling future pest problems in oilseed rape crops, according to a new survey.

See also: What new oilseed rape varieties are on the RL list

The new establishment survey, from seed breeder Monsanto, shows growers managed to battle the pest in some of the worst hit areas by using hybrid varieties, extra sprays and by paying greater attention to the seed-bed.

Monsanto’s William Vaughan-France says while some areas of the country were hit hard by the pest, the majority were able to achieve good establishment.

“Overall it is not as bad as feared and I think a lot of that is down to growers paying close attention to detail to help mitigate the problem,” he explains.

He points out that growers paid greater attention to seed-bed quality and sowing consistency as well as increasing the amount of insecticides, although he admits this was still not enough in some areas.

The area is predicted to fall to about 640,000ha for harvest 2015 from about 680,000ha the previous year, according to the seed breeder but the firm highlights that there is still great confidence in what is a hugely valuable break crop and growers have proved they can cope in tough years.

“Overall it is not as bad as feared and I think a lot of that is down to growers paying close attention to detail to help mitigate the problem.”
William Vaughan-France, Monsanto

In the independently organised survey, funded by Monsanto-owned oilseed rape breeder Dekalb, 150 farmers, amounting to 13,000ha of oilseed rape land across the UK, were asked about their winter oilseed rape establishment this season.

The survey gave a slight bias to areas which experienced higher levels of flea beetle damage to identify any specific management measures could be taken to counter the ban on neonicotinoid seed treatments.

While the survey highlighted the vast majority of crops have gone into the winter in good shape, 10% of oilseed rape growers nationally were unhappy with their crop establishment.

The areas of Bedfordshire, Essex, Cambridgeshire and Yorkshire were pinpointed as the worst affected “high pressure” regions, with 73% of growers in Essex resowing their crop, from the survey.

Two of the main measures that were taken by growers to improve establishment in the absence of neonicotinoid seed dressings were opting for vigorous, fast-developing varieties and paying greater attention to seed-bed quality and the timing.

In addition, the survey findings showed there was a significant increase in the number of insecticides being used  to tackle the pests and growers opted to use seed-bed nitrogen to get the crop away quickly.

The levels of insecticide spraying varied widely by region, with the South and East experiencing a much higher percentage of growers opting for three or more sprays.

In Essex 87% of growers used three or more sprays, while in Bedfordshire 64% did so.

Mesurol seed treatments from imported seed also proved their worth in helping to reduce the resowing according to the survey, with only 14% having to resow in the high flea beetle pressure area where it was used, as opposed to 26% in the untreated crops.

Slugs provided a lesser threat, but growers still voiced their concerns on the troubles caused by the pest, in particular further north and into Scotland.

Soil conditions also proved crucial in mitigating the risk of losing the crop.

The survey showed there was also noticeably less resowing needed where there were fair soil conditions after sowing when compared to wet soils and dry soils.

“This showed how critical it is to not rush into drilling and really wait for the right time,” explains Mr Vaughan-France, who says later sowing in the main drilling window appeared to benefit growers.

He points out that perfect harvest conditions and the threat of flea beetle damage prompted some growers into going too early.

Dry soils were also attributed to causing problems with establishment in the South and West of the country.

Geoff Hall of Monsanto says in the economical climate facing growers they cannot afford to redrill and must do everything possible to establish a healthy crop.

“The pressure was so high in some areas, I think there was little else growers could do, but anything we can learn from this season is vital going forward,” he says.