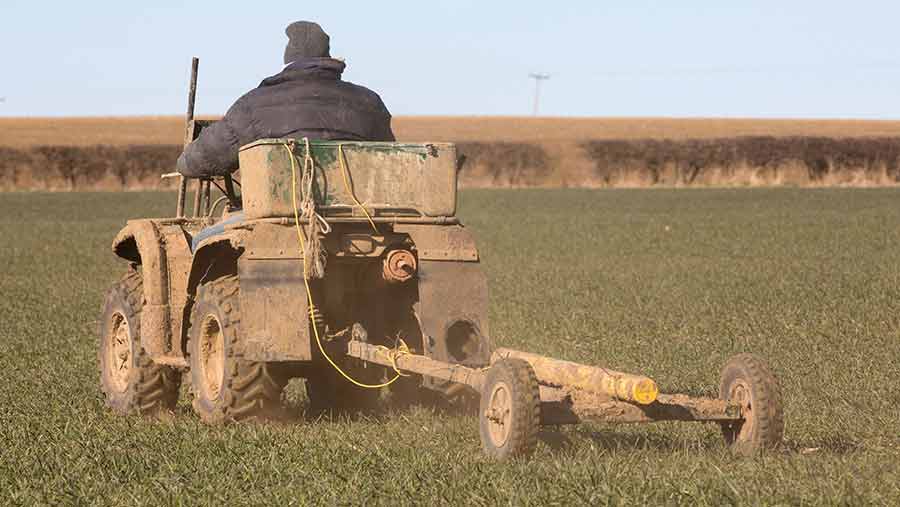 Making precision farming more affordable is the aim of a new project that could see farmers using accurate soil maps rather than spending money on soil testing.

Precision farming involves dividing fields into management zones that have specific characteristics, with soil type being the most important.

Using such precision data to tailor inputs has been proven to lead to better yields across all crops when compared with traditional farming.

However, the perceived high cost of getting into precision farming has proved to be a barrier for many smaller arable farms, with mainly the larger operations reaping the benefits of more tailored inputs.

One key cost is soil sampling and Abdul Mouazen, senior lecturer in agricultural and environmental engineering at Cranfield University believes an accurate soil map could be the solution.

“This work aims to make precision farming more affordable to enter for arable farmers by drawing together a unique set of data to produce meaningful soil management zones,” says Dr Mouazen, who is leading the project for Cranfield.

Dr Mouazen explains that this dataset will be analysed by experts from  Cranfield Soil and the Agrifood Centre and modelled alongside Britain’s most comprehensive soil datasets to produce a new “precision soil map”.

He believes this should present an economically viable alternative to the current labour-intensive method of field soil surveys, with growers able to increase yields with lower input costs and reduced effects on the environmental.

AgSpace Agriculture is leading the project, which involves Agri-EPI (one of the new UK centres of agricultural innovation hosted on the Cranfield campus), the James Hutton Institute and Courtyard Agriculture (trading as IPF).