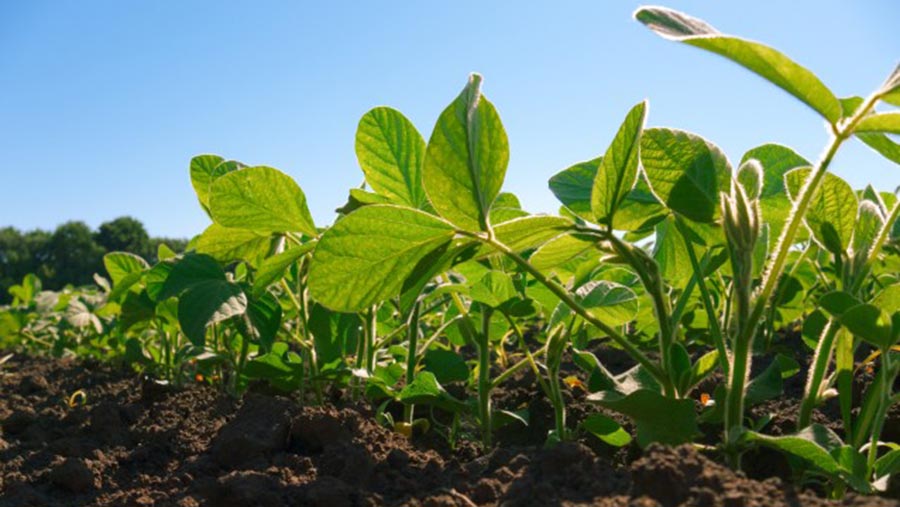 The UK should capitalise on the growing market for plant-based protein such as soya after Brexit, farmers are being told.

A report by think tank the New Economics Foundation, commissioned by the Vegan Society and due to be launched this week, will point to crops such as soya, lentils, peas, beans and flax seeds as being key crops in a more sustainable agriculture system in the UK after Brexit.

Griffin Carpenter, economics modeller at New Economics Foundation, told the Labour Party Conference last week the UK could seize the opportunity created by Brexit to set subsidies at different rates in favour of crops such as soya.

The UK, while considerably smaller with imports of just 3m tonnes, presents a huge and ready home market for UK growers, according to soya seed supplier Soya UK.

David McNoughton, director at Soya UK, said farmers are already turning to soya because they are very keen to find a spring break crop that delivers a decent gross margin.

This message was echoed by Savills director and Cambridgeshire farmer Peter Bennett at a meeting with farmers in Sprowston, Norfolk, on Friday 29 September.

Mr Bennett told Farmers Weekly that when he first attempted to grow soya 15 years ago, the low prices and lower yields forced him to abandon it.

However, he said Soya UK had worked with seed producers to improve yields and this, combined with a rise in prices, has led him to replace oilseed rape in the crop rotation of sugar beet and potatoes at his 243ha farm in Cambridgeshire.

“From our point of view, with its gross margin and yield, it’s a great crop.

“There is definitely a market for it. Some farmers are worried about how it fits into a rotation, because of how late it is,” he said.

“There is no guarantee it will be harvested in time to allow wheat to be sown in the second week of October.”

Mr Bennett had been growing the crop under the ecological focus area scheme, and said he would welcome any future incentive to grow the crop.

Although not commonly grown in the UK, the area of soya is predicted to quadruple next year to more than 8,000ha as this year’s growers look to expand their crop area.