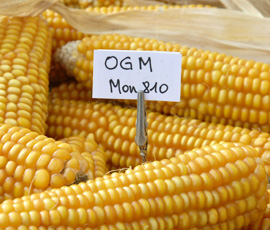 The area of land growing genetically modified maize in Spain has increased by almost 20% to record levels.

The variety carries a gene from a toxin-producing bacterium that makes the plant resistant to the European corn borer. It was approved for cultivation in the EU in 1998 and is the only GM crop cultivated commercially in Europe.

The boom in GM plantings in Spain is in stark contrast to the rest of Europe, where Monsanto has said it will no longer seek approval for the cultivation of new GM crops because of the EU’s negative stance towards biotechnology.

Last month the company said it would withdraw pending applications for commercial cultivation of new biotech crops in the EU on the grounds that Europe was effectively a conventional seed market.

In a company statement Monsanto said: “As the EU today is effectively a conventional seed market, we have been progressively de-emphasising cultivation of biotech crops in Europe.

“Among other things, this means we are no longer seeking approval to commercialise biotech seeds in the EU. We intend to withdraw pending regulatory applications for commercial cultivation of new biotech crops in the EU.”

It added: “The EU has not approved a major new biotech product for cultivation since 1998, and currently has suspended the progression of cultivation files towards decisions for political reasons.”

Monsanto said its business in Europe was strong and growing and it would be investing several hundred million dollars over the next decade to expand its conventional seed business.

But the company pointed out GM crops were growing globally and Monsanto remained committed to enabling that growth – including working with EU regulators on import approvals for GM crops grown outside of Europe.