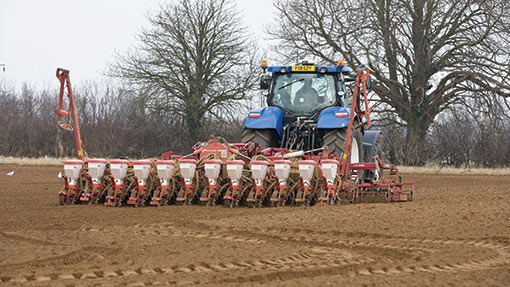 Sugar beet growers will have fewer top varieties to choose from this year, although a new split list of varieties will make it easier to select the most appropriate seed.

The 2015 sugar beet Recommended List is being divided into two parts – a list based on trials data and a separate descriptive list of varieties with special traits aimed at specific situations.

The new list was unveiled by the British Beet Research Organisation/British Society of Plant Breeders (BBRO/BSPB) on Tuesday (13 May), with just 10 varieties on the main list.

Seen as a more sophisticated approach to selecting the most appropriate varieties, the descriptive list aims to help growers assess the impact of seed types to meet cyst nematode (BCN) populations and aggressive AYPR strains of rhizomania, said BBRO chairman Mike May.

“Certainly, if you have got a severe problem, in the future you want to choose a variety that reduces your problem – not just yield well and exacerbate it,” Mr May said at a seed variety launch day at Abbey Farm, West Dereham, near King’s Lynn, Norfolk.

The 10 varieties on the 2015 Recommended List compared with 20 varieties on previous year’s, although the 2015 descriptive list includes a further six varieties with special traits for growers facing BCN and AYPR situations.

There are also fewer new varieties as the 2015 lists as a whole – including just two new entries compared with nine new entries introduced last year.

Mr May said this simply reflected the number of varieties coming through from the breeders, rather than any change in the rules for inclusion.

The 2015 BBRO/BSPB Recommended List offers growers a mixture of proven and new varieties – including those with higher yield potential plus specific traits for a range of different situations, Mr May said.

“I would expect to see more varieties coming through next year,” he added.

“What stands out is the consistency of the data for root yield and sugar content over the past three years,” said Ian Munnery, SESVanderhave UK general manager.

“While rust resistance is good, the variety will still benefit from an effective spray programme to prolong root quality during a long campaign,” he added.

The other new entry this year is Maddox from Syngenta. Ranked second on the descriptive list, it is targeted at growers facing light or patchy BCN situations.

Top of the 2015 descriptive list is Sandra by KWS – the only variety this year targeted for specific use against AYPR.