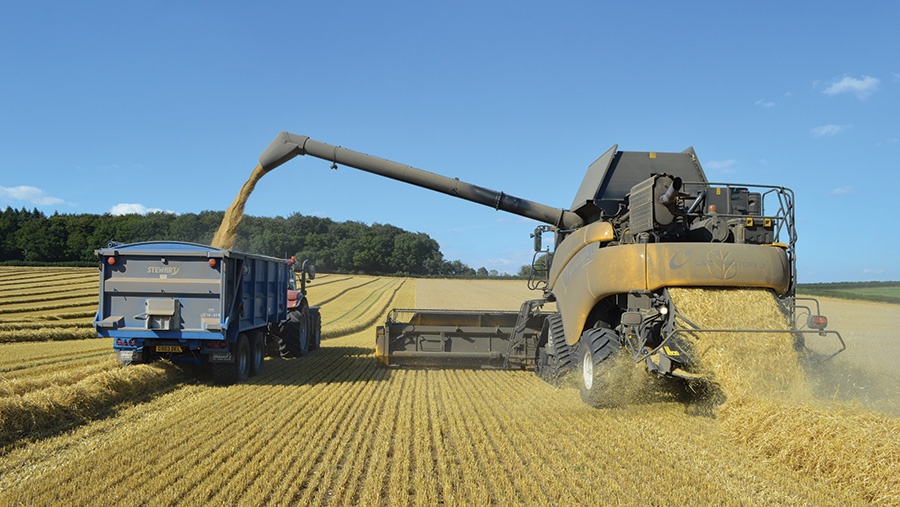 Spring barley is the surprise performer in the latest AHDB harvest results, yielding 0.44t/ha above the five-year mean while winter wheat remains close to the average.

The latest harvest results include the first eight sites for spring barley plus a further 11 sites for winter wheat.

Spring barley maps: Check out the top performing varieties in your region

Control varieties are looking buoyant with an average yield of 8.14t/ha, which is above the five-year average of 7.70t/ha. This easily makes spring barley the best-performing crop in 2016.

The highest yields were seen at the Herefordshire site, with an average of 9.10t/ha.

Looking at varieties, Origin (106%) is having a good year, while the fully approved brewing variety RGT Planet has yielded 105%. Laureate (provisionally approved for brewing and distilling) has also achieved 105%.

Belgrade now tops the list at 106%, pushing Graham into equal second place with Crispin on 105%. They are followed by Dickens, Evolution, Silverstone and Reflection, all averaging 103%.

Wheat maps: Check out the top performing varieties in your region

The data shows that Reflection, which is susceptible to yellow rust, averaged just 3.2t/ha.

However, Graham, which was first added to the Recommended List last December, held up well with an average yield of 8.52t/ha.

It has good resistance to both Septoria tritici and yellow rust with ratings of 8 and 7, respectively.