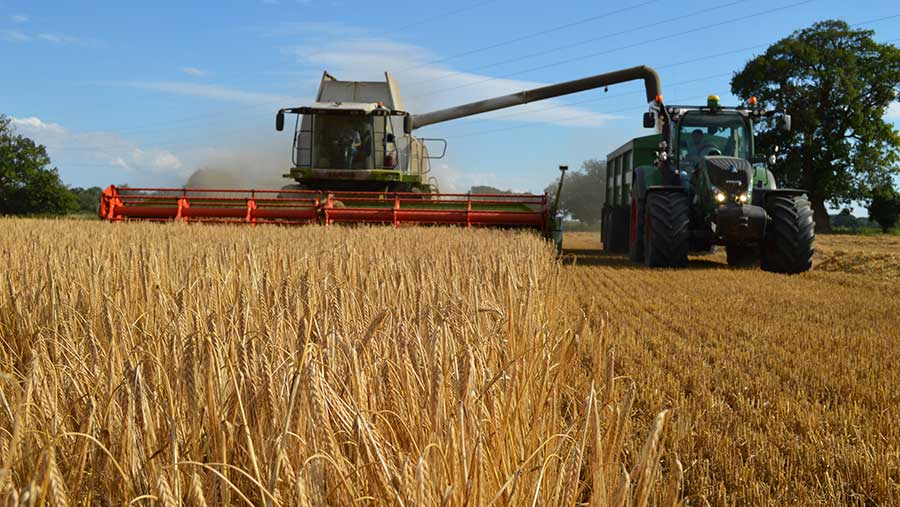 Spring barley is more than half a tonne down on the five-year average, reflecting the challenging season for spring cropping.

Farmers have also seen lower spring barley yields, with the dry conditions at drilling along with the tricky harvest being blamed.

The last of the spring barley RL harvest results were published yesterday (10 October), revealing that some varieties bucked the trend, delivering up to 7% more than the control varieties.

Candidate variety Diablo tops the variety pecking order at 107% of the controls for 2017 harvest. The Limagrain variety is currently undergoing malting trials.

A clutch of five other varieties yielded 105% in 2017, including fellow Limagrain candidate Tomahawk, RAGT’s candidate Asteroid along with the already recommended varieties Planet, Sienna and Laureate.

The spring barley results also varied widely between sites, with the control varieties at East Malling in Kent averaging only 4.62t/ha, while St Boswells in the Scottish borders was nearly 5t/ha higher at 9.46t/ha.

For the other crops, the final results for winter wheat and winter barley were close to the five-year average and oilseed rape was just below the four-year average.