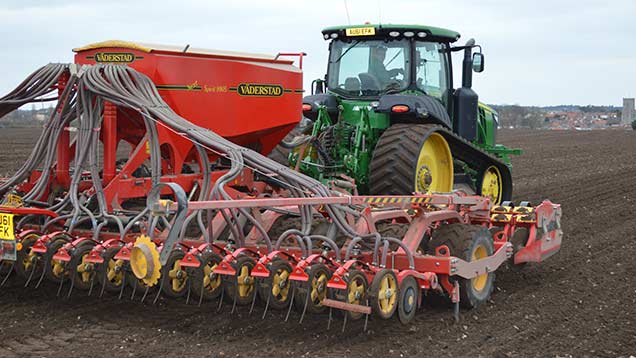 Spring barley drilling is kicking off on a north Norfolk estate, with the malting variety Concerto sown on a contract for Suffolk brewer Adnams.

The Holkham estate, with 380ha of spring barley to drill, made a start on Thursday (March 5) on its light, sandy loam soils close to the coast, north of Fakenham.

The farm supplies about 1,200t of Concerto to the Southwold-based brewer, and this accounts for half the annual need of the family-owned maker of Adnams Broadside beer.

Oliver Scott, crop production manager at the Holkham Farming Company, says the seed went into the ground in good conditions and ahead of forecast warmer weather in the next few days.

“Last year spring barley gave us our best gross margin with an average yield of 7.8t/ha,” he tells Farmers Weekly.

The crop came out as the top earner on the estate’s 2,200ha of in-house arable land and ahead of other crops such as oilseed rape, winter wheat, sugar beet, potatoes and winter barley.

The estate, situated in traditional malting barley country, supplies the dual-use variety Concerto at less than 1.65% grain nitrogen so it can be used for Adnams’ beers and also the group’s own spirit production.