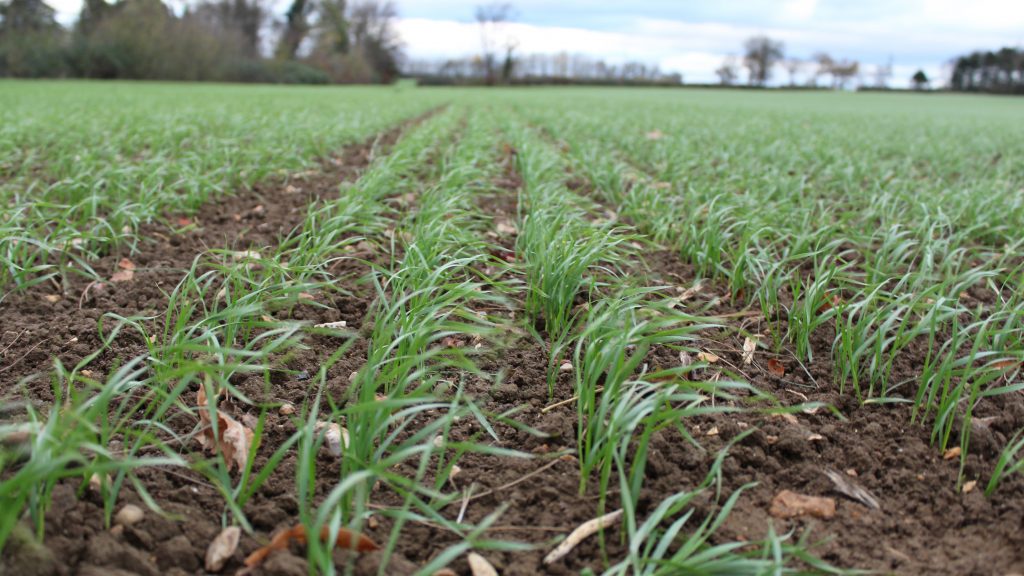 For heavy land growers who want to step up their assault on yield-strangling blackgrass and are concerned about the risks of drilling late, spring wheats could be the answer.

Spring cropping can give up to 88% blackgrass control and this, coupled with a stale seed-bed that sees multiple weed flushes sprayed off prior to drilling, is widely regarded as a solid plan for reducing the seed bank.

However, while drilling into November or early in the New Year may be possibile on the light and sandy land of north Norfolk, the heavy boulder clays of Essex, where grower Tim Smith farms, make this highly challenging.

Henham Lodge Farm sits just five miles north of Stansted Airport, where Mr Smith’s 190ha cropping is split between half winter and spring wheats and the other half in break crops of mainly spring peas and winter linseed.

This year he dropped oilseed rape from the rotation completely because he says the banning of neonicotinoid seed treatments, which help protect the crop from pest damage, has made it too difficult to grow.

He has replaced his rapeseed area with more winter linseed.

Of the 95ha or so in wheat, he has drilled 42ha of the Group 1 spring milling variety Mulika, with the rest in as the winter group four feed wheat variety Costello.

He has a contract to grow the Mulika for seed, which he says pays very well and in years where yields are particularly strong he can sell any surplus grain commercially for a milling wheat premium over feed prices.

Previously Mr Smith has grown some spring wheat for commercial markets and he says the crop did not struggle to hit the desired milling specification, with a 13.2% protein, 82kg/hl bushel weight and a good Hagberg level.

“All the Mulika we have this year is grown for seed, which pays a good premium. There is, of course, the added bonus that if we produce over the contracted amount in a good yielding year, we can sell some commercially and still get a £20 milling premium over the feed prices of the day.”

He adds that he would expect an average yield of 8.5-9t/ha for winter wheat, while spring wheat would average 7.5t/ha.

When it comes to drilling on his heavy land, Mr Smith says the spring wheat variety has worked very well for him because it offers great sowing date flexibility, which can be invaluable when conditions are far from ideal.

The variety can be drilled from mid-October to late-March and it also helps him adhere to the three-crop rule.

“We have grown Mulika for three years now and it is a good option for us. For me the biggest benefit is that it gives excellent flexibility in terms of when you can get the seed in the ground,” he says.

“From a grower’s point of view, the later you can drill in the autumn and into the winter, the better control of blackgrass you can achieve and we have about 10ha where it is a problem.

“But if it is too wet in the autumn, you can always leave it until the spring to drill. I prefer to get it in the ground in late autumn though as it tends to yield better.

“Other advantages to growing it are that it complies with the three crop rule that we now have to abide by and it combines easily.”

Mr Smith’s independent agronomist Jamie MacKay says in his experience Mulika has been a sound option for sugar beet growers because of the drilling flexibility and strong growing characteristics.

He stresses that growers should avoid drilling into sub-standard seed-beds and carefully consider their sowing dates.

“As with all spring crops, getting it drilled in good conditions is very important. If you are drilling spring wheat in the autumn however, you really don’t want to be drilling before 20 October because it risks becoming too forward,” he explains.

“You want the crop to remain vegetative throughout the winter months, otherwise it can impact on potential yields if lodging occurs.

“It really is all about the seed-bed you are drilling into. On this heavy land if you are drilling it in the spring, mid-March is a realistic time to be able to go, but if those on lighter soils can go in late February, then go for it.”

In the thoroughly wet year of 2012, Mr Smith noted that the performance of his late-autumn sown spring wheat was challenged and the crop suffered 10-20% lodging, despite looking magnificent overall.

Some Mulika drilled in early 2013 went on to yield a highly respectable 8.3t/ha, despite fears that opting to drill in the spring rather than late-autumn could hold yields back.

“We have drilled in late February before and it has still been a successful crop. I’m a great believer in doing what you can today and not leaving it until tomorrow.

“It’s about being reactive and ready to go for it when the time is right.”

Mr MacKay says that overall the Mulika has had reliable yields and good disease resistance too.

He says a straight-forward three spray fungicide regime is usually enough to guard against dieseases like septoria and fusarium, but ergot can sometimes be something to keep an eye on.

“The fungicide plan for late-autumn drilled Mulika is pretty similar to that of a winter wheat. Ergot is more of a problem in the spring for wheat, but this variety does cope fairly well against it because it isn’t a very open flowering variety.

“It is a pretty reliable and low maintenance crop for us. The main problem is with gout fly which is why we try to get it drilled, in the later part of the autumn if conditions allow it.”

Seriousness of gout fly damage depends on the growth stage that the plant is attacked. In spring-drilled cereals late-developing, small shoots and tillers become stunted and fail to produce any ears.

More advanced crops can suffer larvae damage to the ear, causing up to 50% yield loss.

Mr MacKay says growers who are considering growing a spring wheat should bear in mind that there are fewer herbicide options available for use in the crop, such as flufenacet chemistry, and this is one of the reasons why spring barley tends to be a more popular spring cropping choice for some.

With many growers cutting back their oilseed rape area or ditching it entirely this season, high-yielding malting varieties of spring barley are expected to fill some of the gap left by the crop.

But after the biggest crop in almost two decades last harvest, barley prices have been depressed as supply outstrips demand.

The AHDB’s early bird survey of planting intentions for harvest 2016 points to a 10% increase in the total spring barely area.

Mr Smith makes the point that growing more spring barley this year is unlikely to help current the price pressures and this could make spring wheat a better choice for the 2015/16 season.

*Estimate based on nine months to end of March 2015