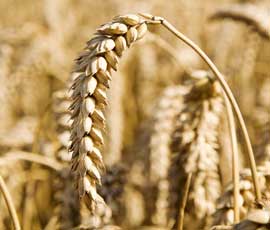 Stuart Hills is making excellent progress with harvest at Swallow Mill Farm, Charing, Kent, and is delighted with yields following the wet winter.

Having finished his winter wheat, he was now moving into Claire, planted at the end of February.

The same variety, planted in mid-September in good conditions, averaged over 10t/ha. And Gallant, drilled after the rain in late October, managed 9.1t/ha.

“Considering the way it looked over the winter, I’m really pleased with that,” said Mr Hills. “The crop was thin, but it had really big ears, filled with nice bold grain.”

Concerto spring barley averaged about 7.5t/ha, but the Mulika spring wheat was not quite fit, he added.

“We were going to plant oilseed rape today (23 August) but there’s heavy rain forecast tonight so we’ll leave it.”

This year’s oilseed rape crop averaged 3.6t/ha, which was reasonable considering the number of bare patches in the fields, said Mr Hills.

“We sprayed off the bare bits in May, so that we wouldn’t get weeds coming through. We had Vision, Cabernet and Camelot, and I don’t think there was much difference between them.”

“We drilled Saffron, Cassia and Volume on the same soil and treated it the same way – and then cut the best 0.8ha of each field.”

Over a weighbridge, not including tramlines or headlands, the Cassia yielded 9.8t/ha, the Saffron 11.6t/ha, and the Volume 12.9t/ha.

“It was our first step into hybrid barley, and we will be growing more Volume this year.” Over the entire 40ha, the barleys averaged 9.6t/ha.