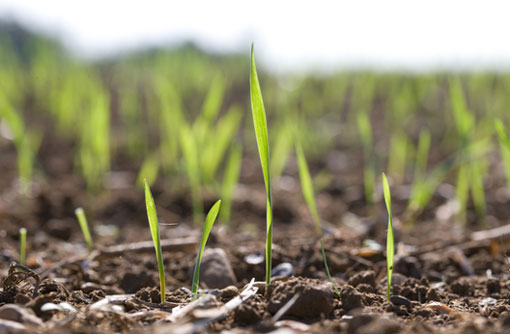 “Weather in recent years has been predictably bad. I almost can’t remember the last time that we had a good run through harvest without delays,” says Andrew Gilchrist from Scottish Agronomy.

“The resistance to sprouting is certainly a consideration for us when choosing our wheat varieties,” he adds.

It is an issue that has been discussed between the SAC and the HGCA, says Steve Hoad, team leader in agronomy, physiology and genetics at SAC.

“We are trying to look at these features in much more detail and produce more detailed information for each variety.

“The issue we have is that it takes several years to gather enough data to publish sprouting resistance scores,” adds Dr Hoad.

Data that has been gathered so far have identified a trend that sees varieties with a high Hagberg Falling Number (HFN) generally having the highest resistance to sprouting.

“Where you are likely to experience conditions conducive to sprouting, we would recommend selecting a variety which has a score of six or more to give you some insurance against loss of quality, but it can’t be guaranteed,” says Mr Hoad.


The SAC produce a Recommended List for the north of England and Scotland based on extensive trials starting in County Durham and working northwards. The list tends to favour a subset of UK varieties, as many lose performance when they are taken further north.

“Nabim Group 1 varieties have a small share of the market, but we would recommend Gallant and Solstice where grown as they are proven performers, with Solstice having excellent resistance to sprouting.

“It is far too early to quantify whether Crusoe will make the grade in the north, and also that market tends to be driven by millers’ demand so it is hard to change,” says Dr Hoad.

Group 2 wheats, again, are less important, but where there is a market Cordiale and Einstein are the most reliable performers in the conditions, explains Dr Hoad.

“However, the focus is on varieties from Group 3 and 4 for the distilling and soft biscuit markets, which take up the majority of the Scottish wheat area.

“Soft Group 3 wheats Tuxedo and Invicta both share good distilling and milling qualities and have solid disease resistance scores, and in addition high HFN’s so should have reasonable sprouting resistance,” says Dr Hoad.

New variety Horatio is a variety that Dr Hoad believes will be of particular interest to Scottish growers this year, providing high yield and good distilling properties.

“It also has a high Hagberg, which points towards good sprouting resistance, but as it is the first year it has been on the Recommended List, does not have a sprouting score. However, I would expect it to provide a strong option for Scottish growers,” he says.

High yielding hard feed wheats in Group 4 have a tough yield benchmark to beat in terms of Oakley, so have to offer other strong supporting features to compete with the soft distilling wheats in the North. Mr Gilchrist believes Grafton is a variety that has some attractive traits.

“It suits early sowing and is early maturing, which are important characteristics for us here in Scotland, and is stiff strawed with a robust resistance to sprouting.

“However, a variety such as Oakley still achieves high yields here with a robust T0, followed by the right fungicide programme,” he explains.